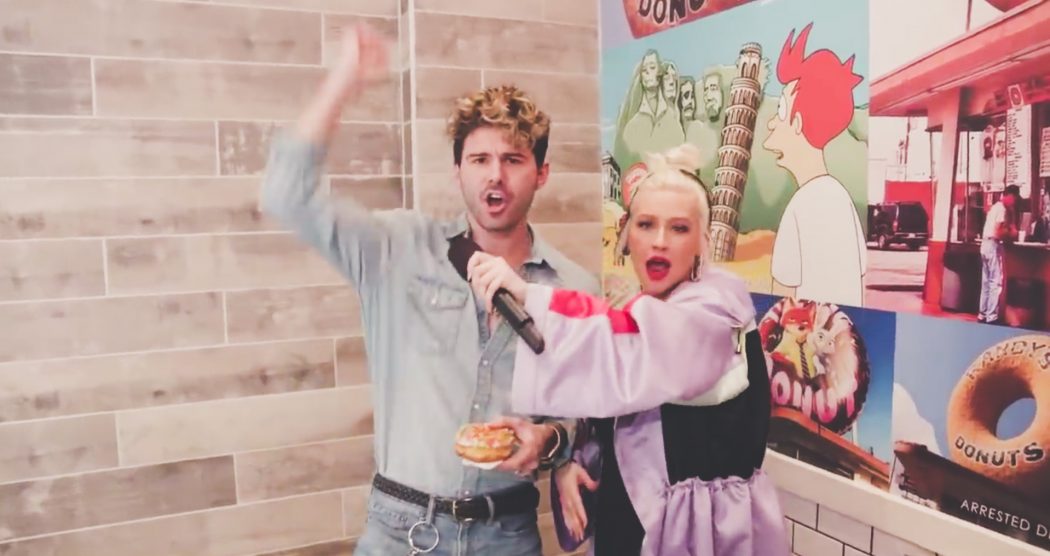 Hey, guys! Do you like it when you enter a shop and it’s playing a song? Also, are you the type who sings along or are you the kind who gets irritated by it? And what if the song is being played live and the singer is singing about you (your clothes, cap, wallet, etc.) while you wait in line for your donuts?

And what if the singer is Christina Aguilera? You know, this American singer, songwriter, actress and television personality with a big voice and who has reportedly sold over 75 million records worldwide. Would you freak out?

Anyway, you might remember that last year, we wrote about her and Jimmy Fallon busking in disguise in a New York City subway station. Well, this year it’s with Jimmy Kimmel and they are pranking unsuspecting customers at a donut shop. Take a look at the moment below.

I don’t know about you, but Christina Aguilera can prank me any day and apparently I’m not alone in this regard as there’s a collective appreciation over at Twitter because of this.

If you are a huge fan of Christina Aguilera, you might want to catch her in Las Vegas at the Zappos Theater where she will be doing a series of shows called The Xperience starting this May 31, 2019. You can purchase tickets for The Xperience beginning February 2.