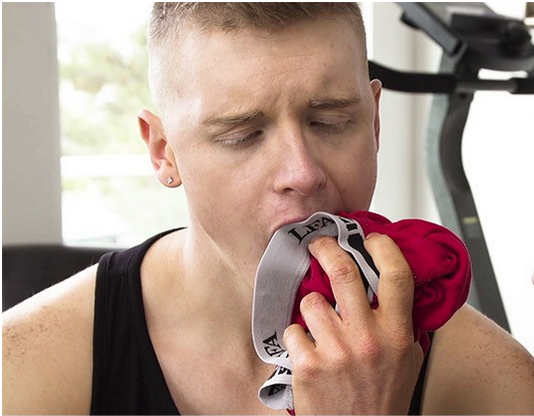 Fantasy: What’s the Weirdest Sexual Request Ever Asked of You?

Hey, guys! What’s the strangest, most bizarre sexual request a hookup or a partner has ever asked of you? And, well, how did that go for you guys? Did you end up enjoying it or did you, er, walk out of the bedroom door and was never heard from by the other party again?

Anyway, we are asking because we stumbled upon a thread on Reddit regarding this topic. Some of the guys said their boyfriend asked them to spit on their face while they were having sex. Some of the tops said they experienced an instance where a hookup asked them to pee on him—in his mouth, or inside him. Others said their hookup asked them to lick their armpits or feet or suck their toe while some were asked to cum on their partner’s face. Also, I’ve read about two or three guys who said their hookup wanted to rim them but that they were asked not to “wipe after pooping.”

On the other hand, quite a few guys confessed to having a cock or ball abuse fetish, some of them discovered they enjoyed it after being asked by their hookups or when their partner accidentally did it to them.

Anyway, if there’s something I learned in this life it’s that what’s weird for me might not be weird for others. That being said, what about you guys? Has a hookup ever asked you to do anything sexual which you found strange or bizarre? Did you grant their request? If you did, how did that go for you? Did you like it? Share with us your thoughts and your bizarre sexual request stories in the comments section below.