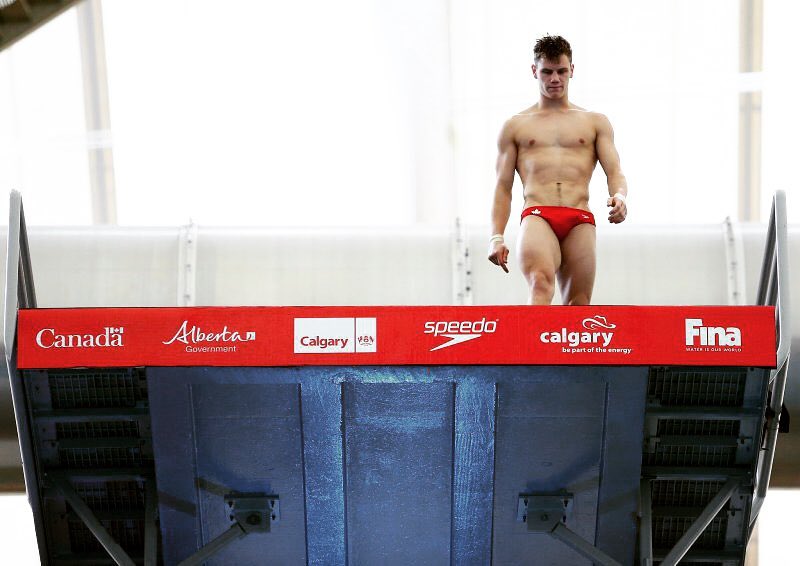 Who’s your favorite diver, guys? Any chance his name is Vincent Riendeau?

We are asking because a video of Riendeau, taken while he was diving, is making a splash online. It is unclear when exactly the competition took place, only that the signs said it was the Canada Cup 2018. Not that anybody cared when the event happened, mind you, as their attention is elsewhere entirely—specifically Riendeau’s “impressive body” and, ahem, “bulge.”

Hey, I’m just quoting people here, and I don’t mind reading their comments because they make me laugh. One particular YouTube user for example, quoted the emcee: “He’s getting 8…8.5 and it’s GOOD entry,” before commenting on the side, “I agree.” A user on the other hand, rated Riendeau’s swimming trunks, “I don’t know diving but I’d rate his Speedo torpedo 9.5” while another said, “Am I the only one looking at his face more than his bulge? Impressive diver, btw﻿.”

That being said, many netizens confessed they don’t know a thing about diving (neither do I, I was there for the comments) but that now, they are huge fans of diving because of Riendeau. Watch the video below that’s left the social media thirsting over him.

Anyway, Vincent Riendeau is a Canadian Olympic diver. He was part of the Canadian Olympic Team in Rio 2016 where he competed in the 10m platform and finished 14th. According to his official bio, Riendeau is 22 and he enjoys “playing video games, reading, golfing, and boating.”

Categories
Watch this !
Tagged
diverolympicswatch this