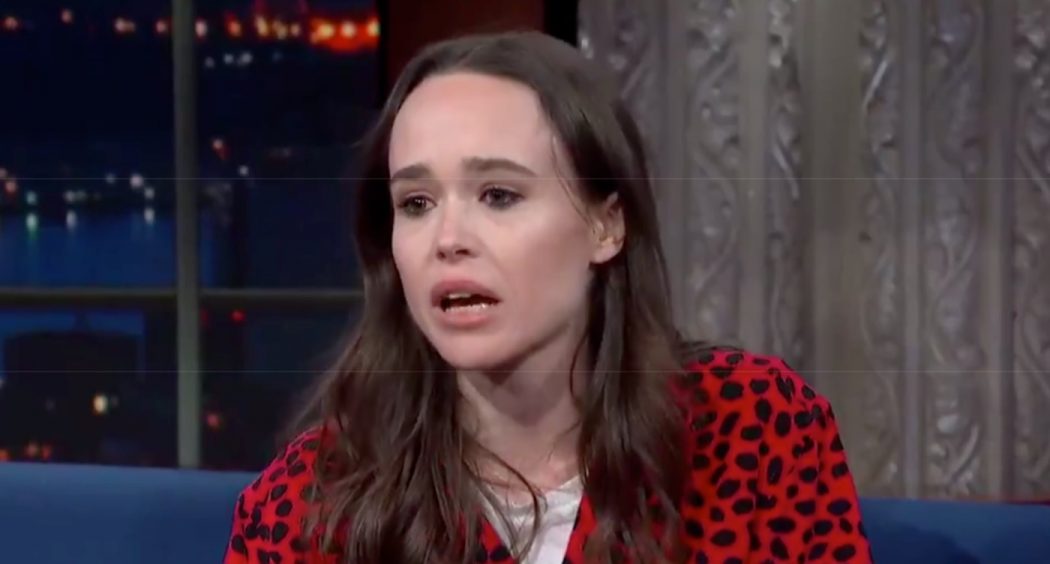 The Umbrella Academy star Ellen Page became a trending topic on Twitter a few days ago after she delivered an impassioned speech that called out Donald Trump and Mike Pence for their “hateful leadership.”

Page’s emotional plea was made on The Late Show with Stephen Colbert, where Page was set to promote The Umbrella Academy, the new Netflix series she stars in. However, the conversation ended up revolving around her advocacies, one of which is gay rights.

Page had outlined the ways Pence had used government to attack LGBTQ people, before launching into her plea: “Connect the dots. If you are in a position of power and you hate people and you want to cause suffering to them, you go through the trouble, you spend your career trying to cause suffering — what do you think is going to happen? Kids are going to be abused, and they’re going to kill themselves and people are going to be beaten on the street.”

Watch the whole interview below:

Ellen Page came out as gay during the Human Rights Campaign’s Time to Thrive conference in 2014, saying that she was “tired of lying by omission.”

Mike Pence’s anti-gay history is well-documented. In September last year, Pence became the first sitting vice-president of the United States to address the anti-gay Family Research Council’s Value Voter Summit. Both Pence and Trump have ran on a Republican platform that defines marriage as between one man and one woman. He has been the target of a number of protests actions. Quite memorably, a queer dance party was organized in the streets outside his house in Washington, DC.

How did Ellen Page’s plea make you feel? Tell us all about it in the comments section below!