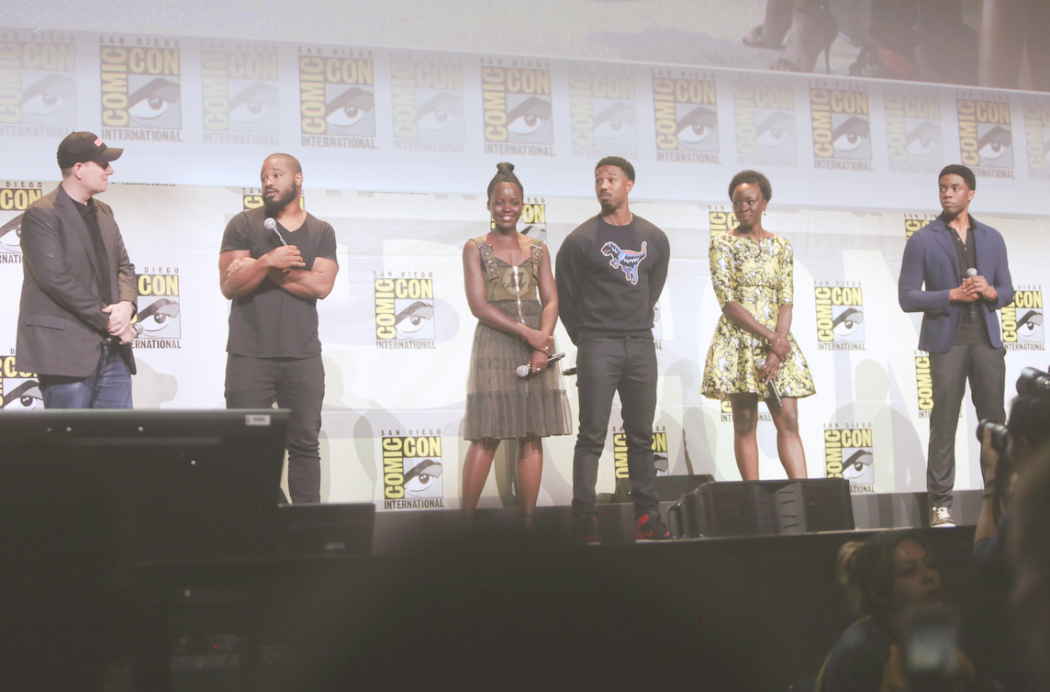 It’s Black History Month, guys! If you are a comic lover, then you’d probably want these free digital Black Panther comics from Marvel. To redeem the comics shown below, heed over to Marvel.com and simply input the code “FOREVER.” The offer is valid for a limited time only, starting from February 4, 2019 to February 10, 11:59 EST!

If you haven’t heard of Black Panther yet you might be living under a rock. Not only did its film smashed box office records last year and reportedly made $1.34 billion, it also received an Oscar nomination for Best Picture this 2019 (a first for a superhero film) as well as many others. The list include: Best Original Music Score, Best Sound Editing, Best Sound Mixing, Best Costume Design, and Best Production Design.

Anyway, it is said that in recent comic issues of Black Panther and World of Wakanda, Ayo and Aneka of Dora Milaje are lovers (Dora Milaje is an “elite group of female bodyguards and Wakandan special forces who served King T’Chaka during his time as the Black Panther”) and therefore, fans were disappointed by the lack of lesbian romance in the film.

That being said, apart from the free comics, the Academy Award®-nominated film Black Panther (2018, Ryan Coogler) also had a limited one week free showing in honor of Black History Month last February 1 to 7. On top of these, Disney is also donating a $1.5 million grant to United Negro College Fund (UNCF), a nonprofit organization that helps aspiring young minority students gain access to college education through scholarships.

Black History Month is celebrated annually all throughout February in the U.S., Ireland, the Netherlands, and Canada (they say it’s October in the U.K.) to “remember important people, events, and achievements of African diaspora.” The month of February was specifically chosen in honor of Frederick Douglass and Abraham Lincoln whose birthdays fall on this month. Douglass was “an author, orator, and human rights leader in the anti-slavery movement and the first African-American citizen to hold a high U.S. government rank.” Lincoln, on the other hand, is the United States’ 16th President. In 1863, he issued the Emancipation Proclamation that “declared forever free those slaves within the Confederacy.”

Happy Black History Month, guys! Let us know in the comments section below how your area or country celebrates it.