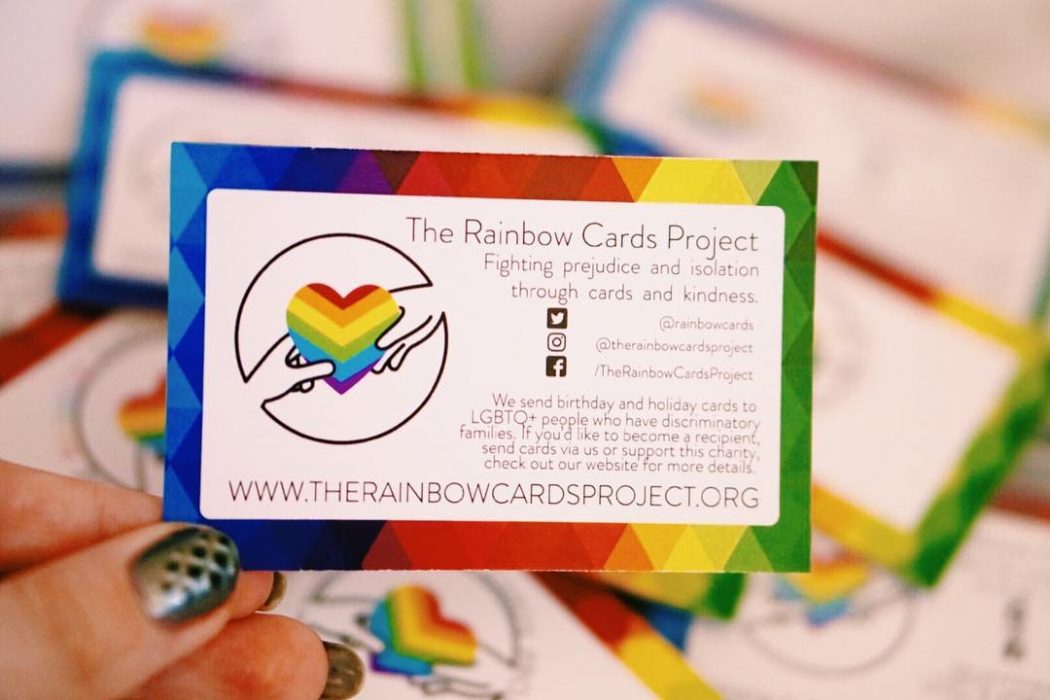 How “The Rainbow Cards Project” Spreads Love this Christmas

Hey there, Adam4Adam reader, would you be willing to send Christmas cards to a gay stranger this season? Or perhaps you wish to receive one yourself?

Christmas is a happy occasion, one that we are supposed to spend with our respective families and loved ones; however, not everyone actually has a home to return to. Christmas can be bleak especially for the LGBTQ members unable to return home for the holiday because of the rejection they experienced from their family just for being gay.

In an interview with PinkNews—20-year-old El Roberts-Wright of Devon, UK—shared that in 2016, she was excited about sending Christmas cards to her parents and extended family having been unable to do so the year before because of her multiple chronic illnesses. She came out to them earlier that year and she realized that she, who loved Christmas so much, would feel devastated if she had no family to celebrate it with, “and how lonely and upsetting that would be.” Roberts-Wright added, “I wanted to do what I could to support any LGBTQ+ people who might be in that situation, and hopefully reaffirm to them that the LGBTQ+ community is a family in itself.”

She took to Twitter to say, “If your family have stopped sending you Christmas cards to you since you came out, message me and I will send you a card myself.” That year, she sent over 30 cards to people from 9 different countries and last year, she launched The Rainbow Cards Project which aims to “combat the isolation, prejudice and fear LGBTQ+ people often face, one card at a time.” You may read Roberts-Wright’s heart-warming story in full here. To learn more about what they are trying to do, click here.

Here is how you can get involved with The Rainbow Cards Project if you wish to:

Today, The Rainbow Cards Project has so far sent over 4,000 holiday cards.