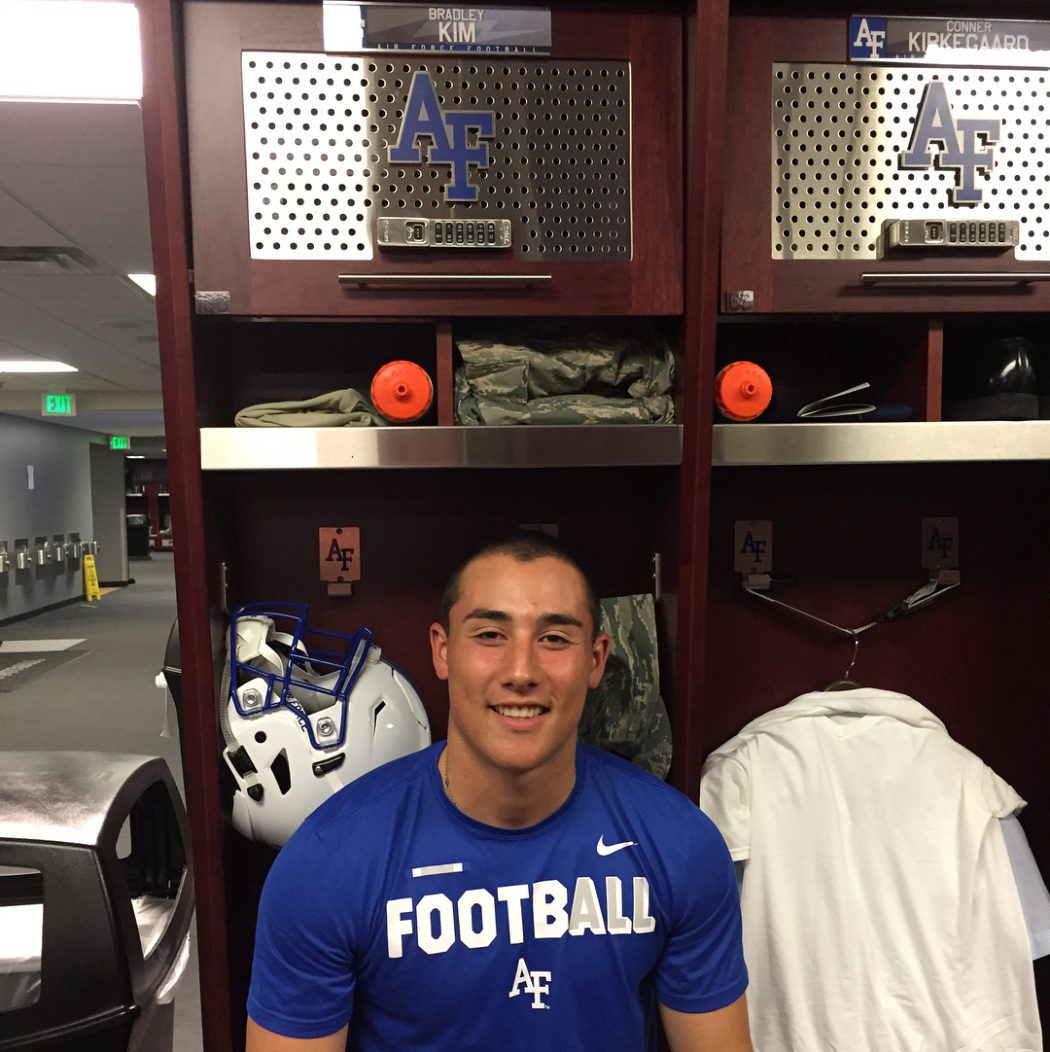 Bradley Kim, a defensive back at the Air Force Academy, came out publicly as gay in a post he shared in his Instagram account last Friday. He is said to be the first active football player at a service academy to do so.

Kim revealed that self-acceptance seemed impossible when he was in high school and coming out? Even more so; in fact, for a long time he suffered from self-torment thinking that he has to “pretend like he’s someone else” but in the end, the need to be true to himself was stronger.

Jeremiah 29:11🙏🏽 God made me this way for a reason. I did not think this day would ever come, but I’ve finally reached the point where I am comfortable and confident enough with myself to say that I am gay. It’s been a long road to get to this point and I definitely would not be here without the love and support of my amazing family, teammates and coaches here at the academy, and my equally amazing friends. I feel blessed to have such receptive and understanding people in my life.  I hope that I can serve as an example to those who are allowing their fear of acceptance to change who they are. I almost gave up my dream of playing division 1 football for fear of not being accepted by everyone, but today I am happy to say that I am a cadet at the Air Force Academy playing the sport I love with amazing people standing behind me and supporting me.  If anyone feels like they don’t have a voice or feel like they are alone, just know there are plenty of people out there like you and me, and more that are willing to talk to you about it. God bless all and thank you to everyone who has made me feel comfortable to live my most genuine life.🙏🏽 Twitter/Instagram: @bradleykkim [email protected]

Kim told Outsports he hopes that by coming out to the public he’ll be able to reach out to those who are in similar situations struggling with the same things he had struggled with. “I want to be that example for kids that you can be gay, you can pursue your dreams, and you can have an athletic career.” He added, “My dreams got me to a D1 football program. I want to be there for people who don’t feel like they have anyone there for them, because I was that kid growing up in high school.”

Further, Kim admitted that he spent “too many years worrying what other people will think” and “letting it affect” what he does in his daily life but now he said he is done with that. “It doesn’t affect my ability to play football. It doesn’t affect my ability to serve my country. No one cares here. We all go through the same thing, we all go through basic training. What we go through going through the Academy goes way deeper than worrying about what someone will think.”

Air Force public affairs on the other hand, released a statement to The Colorado Springs Gazette, “The academy strives to foster a culture where everyone gives and receives dignity and respect so that each individual has the opportunity to fulfill their potential.”

Having said that, any Adam4Adam members reading this article who are/were athletes at school? Did you come out to your teammates? And for everyone, what is your very own coming out story (if there is one)?