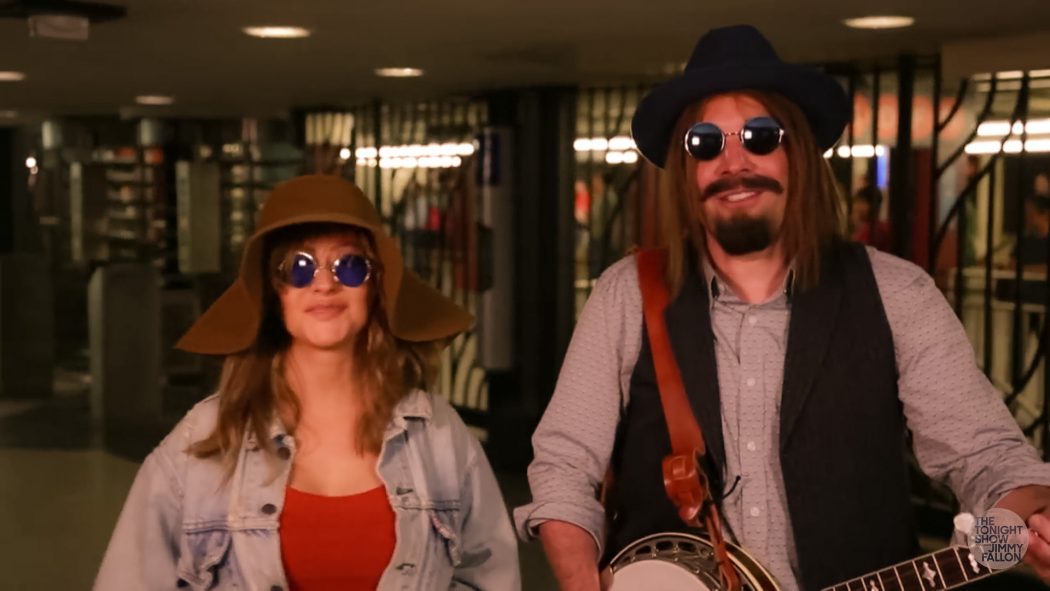 Hey guys! Christina Aguilera was spotted busking in a New York City subway station with Jimmy Fallon. They were both wearing a disguise; the duo donned wigs and hats and they even wore matching dark glasses!

However, while some NYC commuters were clearly and pleasantly surprised when Fallon introduced Aguilera, there were several fans who commented on the video posted online that the disguise was useless. Some fans said would recognize Aguilera’s voice anytime anywhere just by hearing her sing the very first few notes. They say it’s because she’s got a distinctive voice and that nobody in this world has her kind of “big voice.” True that. Well, whatever the case is—whether the disguise worked or it didn’t—it is evident just by looking at the audience’s smiling faces that they enjoyed Christina Aguilera and Jimmy Fallon’s performance. Watch them below as they nailed Aretha Franklin’s Think (1968). They later performed Aguilera’s very own song titled Fighter (2002).

Anyway, Aguilera has a new album out yesterday called Liberation. Rolling Stone called Liberation “excellent, and raw and moving.” They said Xtina is “at her peak,” and that she is “hands down, one of the greatest vocalists of her generation.”