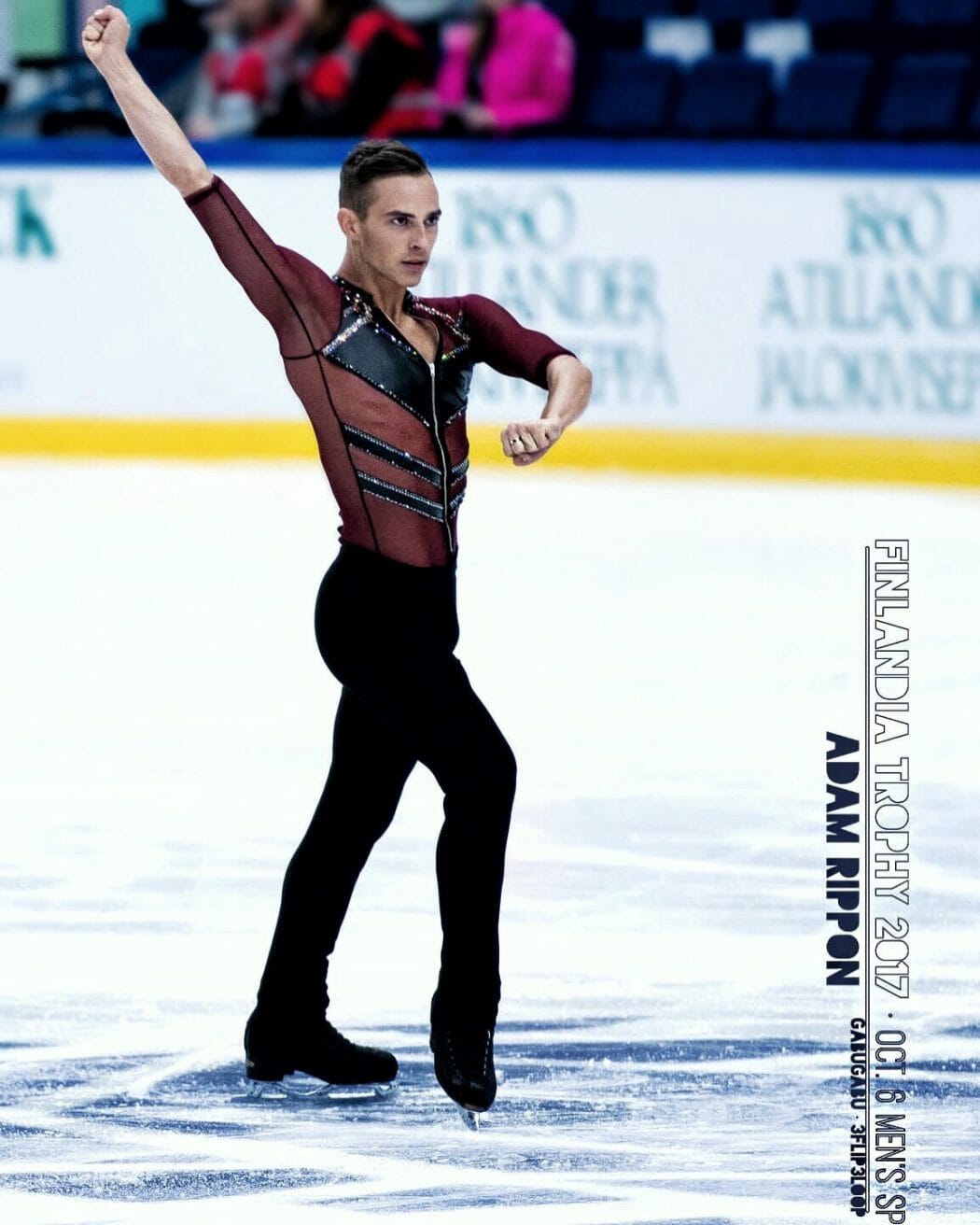 American figure skater Adam Rippon, who has always been outspoken on certain issues concerning the LGBT community, talked about body issues and eating disorders this time around.

It was 2016, he said, when all he ate daily was “three slices of whole grain bread topped with miserly pats of the spread I Can’t Believe It’s Not Butter.” Rippon, 28, added he drank three cups of black coffee (each cup sweetened with six packs of Splenda) to go with the bread. He went on to explain how he wanted to have a body like his teenage teammates who were “all doing these quads, and at the same time they’re a head shorter than me, they’re 10 years younger than me and they’re the size of one of my legs.”

Speaking in an interview with NY Times, he said, “It makes me dizzy now to think about it.”

It was when he got injured that he realized his unhealthy eating must have been a contributing factor to said injury. These days he works with United States Olympic Committee sports dietitian Susie Parker-Simmons on his dietary and nutritional issues. Rippon explained how a “fog of fatigue over him lifted” when he started doing so. Adding, “I didn’t realize I was so tired all the time.”

And as to why Rippon had chosen to speak about his body issues, he said he “hopes that by speaking honestly he can help others.”

Eating disorders can affect everyone regardless of their age, sex, gender, race, ethnicity, and socioeconomic group but some tend to be vulnerable to it more than the others. Athletes like Adam Rippon, for one, because of the belief that “lower body weight will improve performance” among many other reasons and then there is the LGBT community. Risk factors identified which may cause eating disorder in an LGBT person include the various stresses caused by (fear of) coming out, discrimination, bullying, and “body image ideals within some LGBT cultural contexts” to name a few.

In America, an estimate of 20 million women and 10 million men “will have an eating disorder at some point in their lives,” National Eating Disorder Association (NEDA) reports. NEDA further revealed that “gay men are disproportionately found to have body image disturbances and eating disorder behavior (STATS).” In fact, studies show that 42% of the men who have eating disorders identify as gay—this, even if “gay men are thought to only represent 5% of the total male population.”

What about you? Have you, at some point in your life, suffered from an eating disorder? How did you cope with it? Share with us your thoughts and stories in the comments section below.