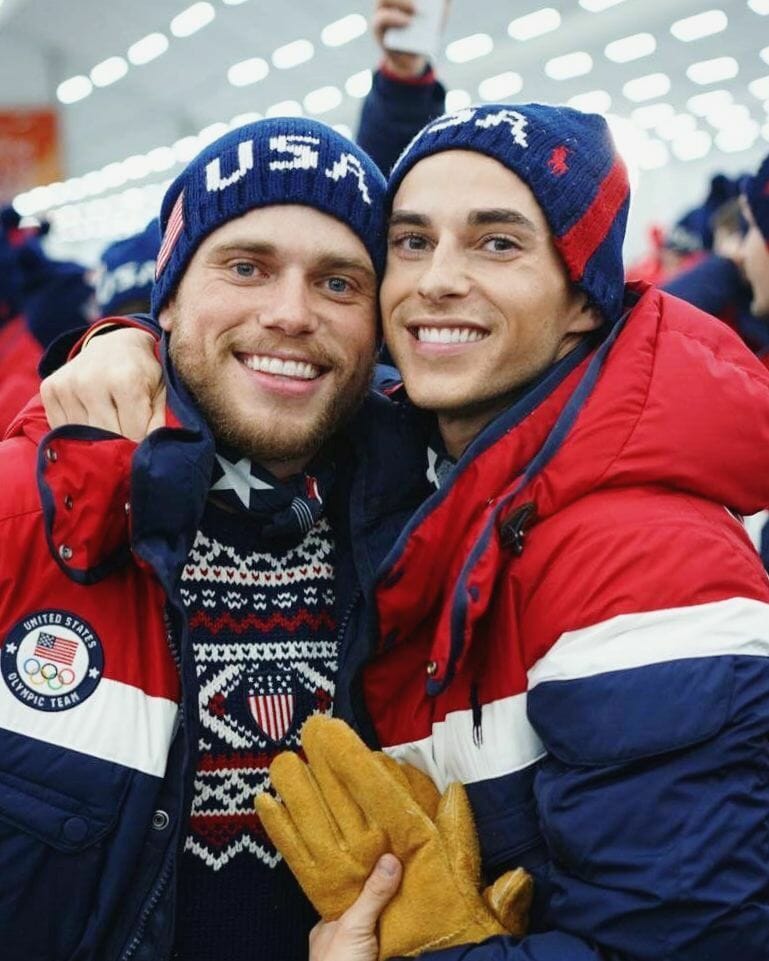 Hotties of the Day: Adam Rippon and Gus Kenworthy

Hey, guys! Our hotties of the day are openly gay Olympians American figure skater Adam Rippon and American skier Gus Kenworthy. The duo has been spotted taking adorable selfies together during the opening ceremony of the PyeongChang 2018 Olympic Winter Games in South Korea. The selfies were captioned: “We’re here. We’re queer. Get used to it.”

They are not just two of the few out LGBTQ athletes in the 2018 Olympics, Adam is also said to be the “first openly gay man to compete at a Winter Game.” But the 28-year-old Olympian is not just talented, he is witty, too. Take a look at his response below when asked what it’s like for him to be a gay athlete in this day and age.

I was recently asked in an interview what its like to be a gay athlete in sports. I said that it’s exactly like being a straight athlete. Lots of hard work but usually done with better eye brows.

Gus on the other hand, went home from the 2014 Winter Olympics in Sochi, Russia with a silver medal in Men’s freestyle skiing and a bundle of stray puppies in his arms.

Both men have been adamant in their refusal to go and visit the White House. For his part, Adam said, “I won’t go because I don’t think somebody like me would be welcome there. I know what it’s like to go into a room and feel like you’re not wanted there.”

Pence has since then tweeted Rippon saying:

.@Adaripp I want you to know we are FOR YOU. Don’t let fake news distract you. I am proud of you and ALL OF OUR GREAT athletes and my only hope for you and all of #TeamUSA is to bring home the gold. Go get ‘em!

That being said let us all send Adam and Gus our love and encouragement by commenting on the Instagram photo shown below. Let us show them both that the entire A4A community is behind them as they compete for the PyeongChang 2018 Olympic Winter Games.

We wish you both all the best of luck, Adam and Gus.