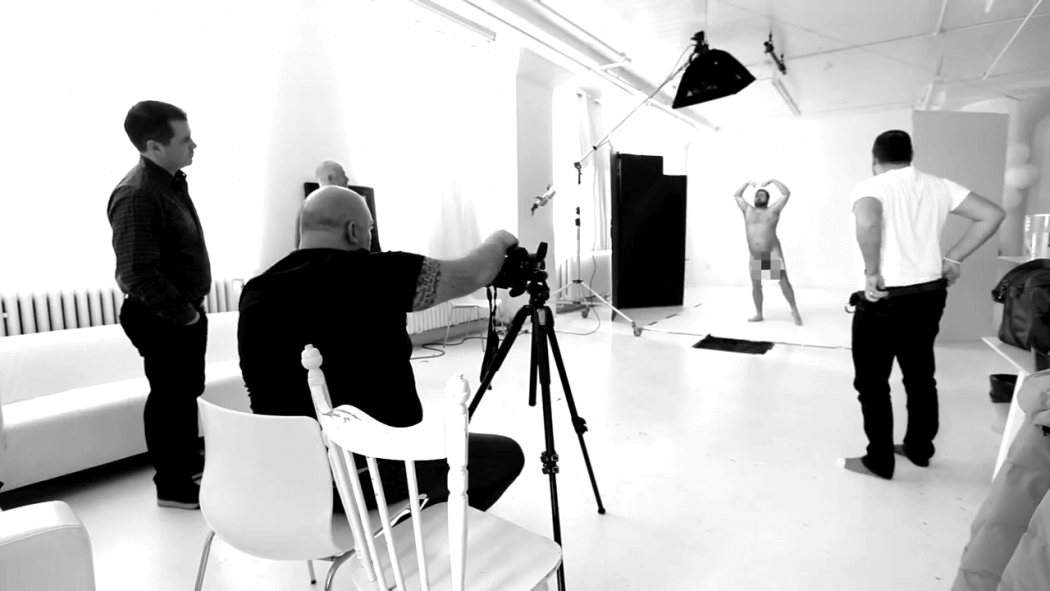 In an interview with Gay Star News, Manieri said the project was born out of the observations he’s made from his clients who, time and again, would “mention something about themselves that they didn’t like.” Manieri added that his clients preferred that he “mask that specific physical insecurity.”

Manieri said it was something that struck a chord in him. “It was a behavior I practiced as well in my 20’s and 30’s. I would immediately mention my weight when I would walk into a room and make a joke about it first, in hopes that no one else would.”

Manieri studies spirituality and practices mindfulness and meditation which helped shaped the “idea of promoting body positivity.” He mentioned Masaru Emoto who posited that “water has consciousness, and it reacts to positive and negative energy and vibration.” Following Masaru’s beliefs, Manieri explained that since 60% of the adult human body is water, “if we body shame ourselves, or other people for that matter, it will inherently affect us on a molecular level. Our bodies can hear us, so we need to be kind to ourselves.”

Arrested Movement, Manieri emphasized, is “an inclusive project about self-empowerment and self-love.” His models, most of whom are gay, posed for him because they “believed the message behind it could help others, if not just themselves.” Read the whole interview here.

Adam4Adam members who are interested to pose for Manieri’s Arrested Movement project may contact him here. According to the project’s website, Manieri will be shooting in the following cities: in Canada they will be in Halifax, Ottawa, and Vancouver; in the US—Atlanta, Dallas, LA, Miami, NYC, Phoenix, and Seattle; in Europe—Hamburg, Madrid, Paris, and Rome. They are already done photographing in Montreal, Toronto, and London.