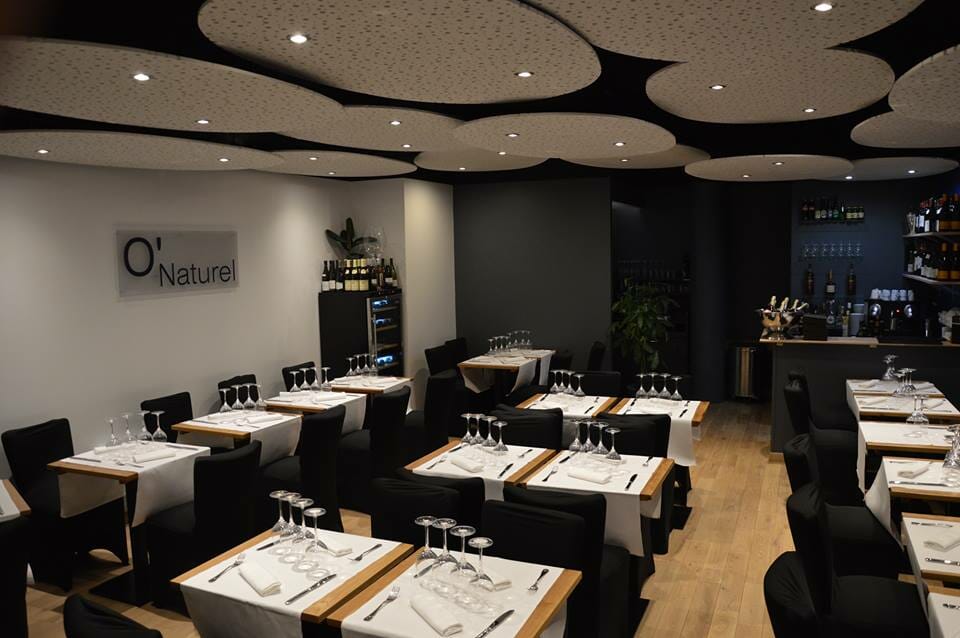 Would you want to eat your lamb chops or scallops in the nude?

We are asking because according to reports there is a recently opened nudist restaurant over at Paris called O’Naturel. Located in southwest Paris in the 12th Arrondissement on Rue de Gravelle, O’Naturel is said to be the first nudist restaurant in Paris.

So if you happened to be in the area and you would like to try traditional French cuisine like lobster, or roasted snail with garlic cream and mashed parsley, and duck foie gras, you might want to try this one. The meal is priced at around 49.00 EUR (€) for three courses or $61.

You have to be prepared to leave your coat, clothes, underwear, and mobile phone at the cloakroom though. But you need not worry because O’Naturel hung several huge white curtains to keep away curious eyes. However, it’s best for you to call and book reservations first as there are only 40 seats available.

Paris has opened its first-ever naked restaurant! Named O’naturel, diners can bare all while tucking in to dinner.Would you be tempted? pic.twitter.com/PERXKQ4Bc7

Take a look at the netizen’s reactions on Twitter regarding O’Naturel below.

A nudist restaurant has opened in Paris. Diners can eat naked, but French law requires the staff to be fully dressedhttps://t.co/STeNzdFDXU pic.twitter.com/yOe2WEJoGV

O’Naturel follows the footsteps of The Bunyadi in London where thousands of people are on its waiting list for months on end and The Amrita in Tokyo. There’s also a year-old naked restaurant in Tenerife, Spain called Innato.

Is the naturist or nudist restaurant the next big thing when it comes to dining trend?

That being said, if there’s a nudist restaurant in your area, would you go check it out? Would you dine with your friends and/or lover? Share with us your thoughts and stories in the comments section below.