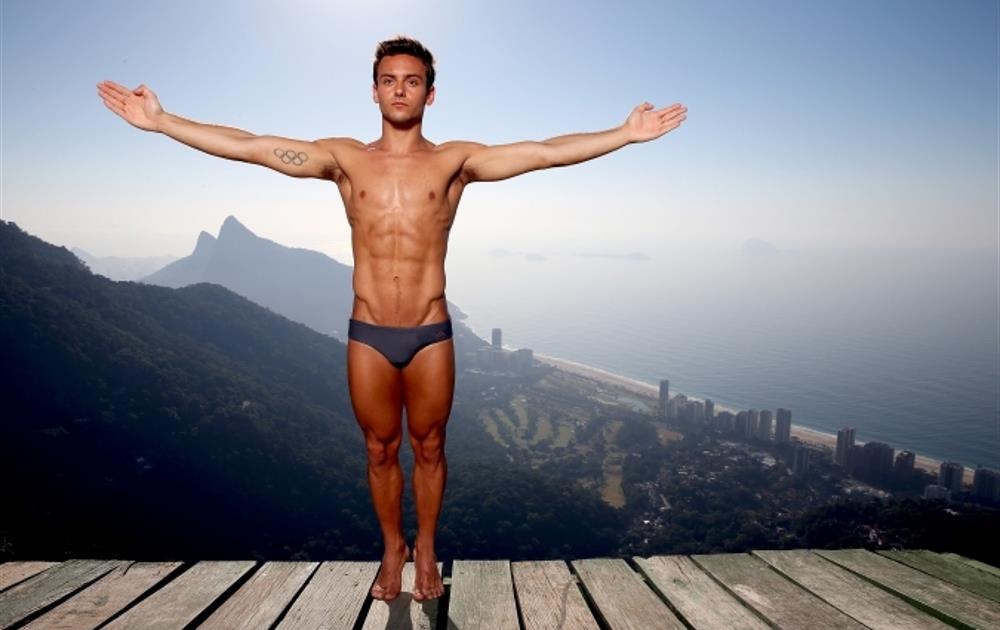 There’s a reason why a lot of us found ourselves attracted to the jock when we were in high school — to quote gay author Christopher Rice in a 2000 Advocate interview: “They’re out on the field, building their bodies up. There are chemicals coursing through them that haven’t even been awakened in other students. They’re the first icons of sexuality.”

And while some of us grow out of that attraction, there are those that have grown up and have jocks be their thing. And if jocks are your thing, what better place to see them than at the Olympics, where the world’s greatest converge and test their mettle against one another?

The 2016 Olympics start in Rio next week, and we’ve gathered five out and proud gay athletes that should give some of you a little more incentive to tune in and watch the athleticism on display when they start airing the Games next week.

-Obviously, the first gay Olympian to come to mind is 22-year-old British diver Tom Daley, who came out to the rest of the world by releasing a Youtube video saying that he could not get his now fiance, Oscar-winning screenwriter Dustin Lance Black, out of his mind. The 2016 Rio Olympics will be his third time as an Olympian — he had competed in both the Beijing and London Olympics, winning a bronze medal for the 10 meter dive in the latter.

-Twenty-six year old New Zealander Robbie Manson came out in 2014 through an essay in Outsports which itself detailed how he first came out to his teammates during the 2012 London Olympics. In the essay, Manson talks about how his older brother coming out, coupled with his desire to go out with a guy that he really liked, helped him make the decision.

-The 26-year-old Brazilian diver came out in 2014, inspired by Tom Daley’s own admission that he was dating Dustin Lance Black. The Rio de Janeiro resident also told Brazilian newspaper Correo that the tiresome task of having to hide boyfriends and his presence at gay parties also factored in his decision to come out as gay.

-Dutch gymnast Jeffrey Wammes was the country’s all around champion in 2005, 2007, 2008, and 2010. Wammes is also the brother of the former gymnast Gabriella Wammes. He came out in 2011 in an issue of Linda magazine focused on gay athletes, where he revealed that there had already been speculation in the past about his sexual orientation.

-The 27-year-old Finnish swimmer came out in 2012 as an act of protest. Speaking to Finnish news site Yle Liukkonen said that he chose to come out the time he did to highlight the antigay laws Russia had in place. Back in 2012, Russia was hosting the 2014 Winter Olympics in Sochi. Liukkonen’s coming out made him the first Finnish athlete to come out of the closet during his active career.

What do you guys think about these Olympians? Sexy right? Sound off in the comments section below!