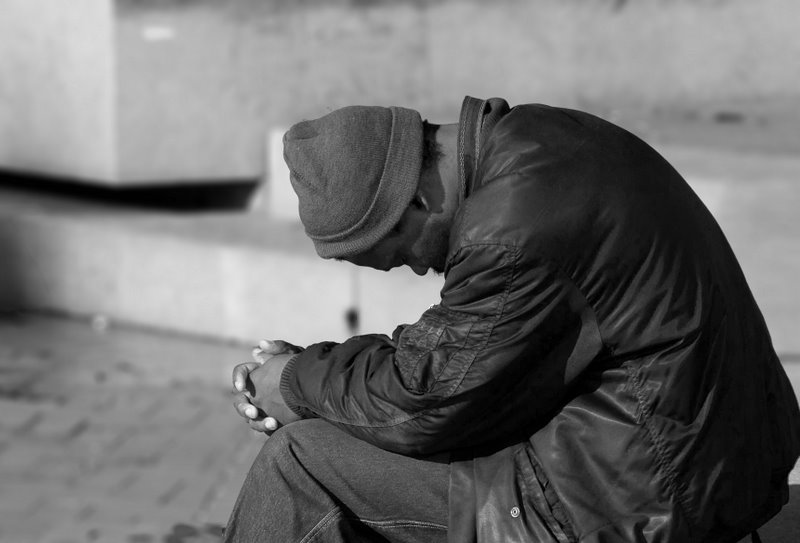 Welcome to the final part of “Depression’s Peculiar Grip on Black LGBTQs.” As I’ve stated, I’m writing this multi-part series to shine a bright light on how depression can have a more pronounced and peculiar effect and impact on black LGBTQ persons. And as an African-American gay man, one who’s suffered from this illness throughout periods of his life, I can attest to its near-crippling effects.

As one might imagine, if you’re black, LGBTQ and depressed, you’re stumbling around with an even heavier, crushing burden on your shoulders than if you’re (simply) black, straight and depressed.

After reading the first two installments of “Depression’s Peculiar Grip on Black LGBTQs,”(1st here, 2nd here) Louis Graham, DrPH (Doctor of Public Health) and an assistant professor for the School of Public Health and Health Services at the University of Massachusetts Amherst, was good enough to send me research articles he’s penned on depression and black MSM (men who have sex with men). Dr. Graham is African-American.

Racial and sexual components are core for BSMM (Black Sexual Minority Men, or Black MSM). Graham et al. explored the psychological health of BSMM and found that BSMM were challenged in developing a healthy identity.

They concluded that struggles related to the unique experience of being BSMM such as negative attitudes and beliefs concerning their race and sexuality as well as gender conformity pressure contributed to depression and anxiety.

In the previous installment of this series, I outlined how misconceptions, denial and stigma exact a heavy toll on the psyches of far too many blacks of every gender and sexual orientation. These factors, coupled with the lack of access to medical care, prevent them from seeking treatment.

Fortunately for me, whenever I’ve had episodes of depression, I was open to and sought help. My first major bout began in 1975, when I was a freshman majoring in journalism and political science at the George Washington University (GWU) in Washington, D.C. I’d won a four-year scholarship.

At that time, very few African-Americans were part of the student body. For me, this was a significant change because I’d attended public schools that were overwhelmingly black. The GWU experience became my first confrontation with full-throated discrimination and racism.

Additionally, I was seriously grappling with being gay — and desiring to express those feelings openly, without guilt. Now, keep in mind that this was the ’70’s: Being “out and proud” simply wasn’t an option. Particularly if you were black.

I was confused, conflicted, constrained. I felt like I’d been pronounced dead, shoved into a coffin and buried underground. But the fact of the matter was that I was still alive, struggling to break free from this rather peculiar confinement.

As a result, I was deeply and chronically depressed.

So, I entered group therapy. As I began to open up, some of the feelings that poured out of me were more than a little uncomfortable. And as I continued to dig deeper, I really became unnerved.

As a result, I shut down.

And suddenly, out of the blue, the white male in our group committed suicide. He’d jumped off a building.

I was thrown into a complete tailspin!

After driving home in an emotional and mental haze, I barricaded myself in my room. Sobbing uncontrollably, I kept thinking, “I’m just so tired… I just wanna sleep and not wake up.”

Immediately, something clicked in my head.

That’s when I scrambled about for the sleeping pills.

After emptying them on my bed, I reached for the large glass of water. Next, I scooped up most of the pills, poised and ready to shove them into my mouth.

Suddenly, though, I froze! “Wyatt, how was your day? I made banana pudding for you!” That was my mom’s voice.

Next, the following thoughts hit me like a jackhammer. “I can’t do this to my mother! She’d be the one to find me… it would destroy her! Besides, if I give up, I won’t realize my hopes and dreams…”

Sweating profusely, I gathered the pills. Dashing to the bathroom, I flushed them down the toilet. Pulling myself together, I checked in on mom.

And when I ambled back to my room, this odd wave of tiredness washed over me! I didn’t wake up until late the next morning.

The suicide attempt scared the hell out of me! Abruptly, I left group and entered one-on-one therapy. After months of successful treatment, I was able to accept my sexual orientation and developed coping skills.

After being “released from my coffin,” I was able to breathe like never before.

Remember: the National Suicide Prevention Lifeline is there for you 24/7 — in both English and Spanish.

(Mr. Evans is a regularly featured columnist for The Huffington Post, reporting and writing on a variety of issues and topics which strongly resonate with the LGBTQ Community. He is also a new collaborator at A4A)