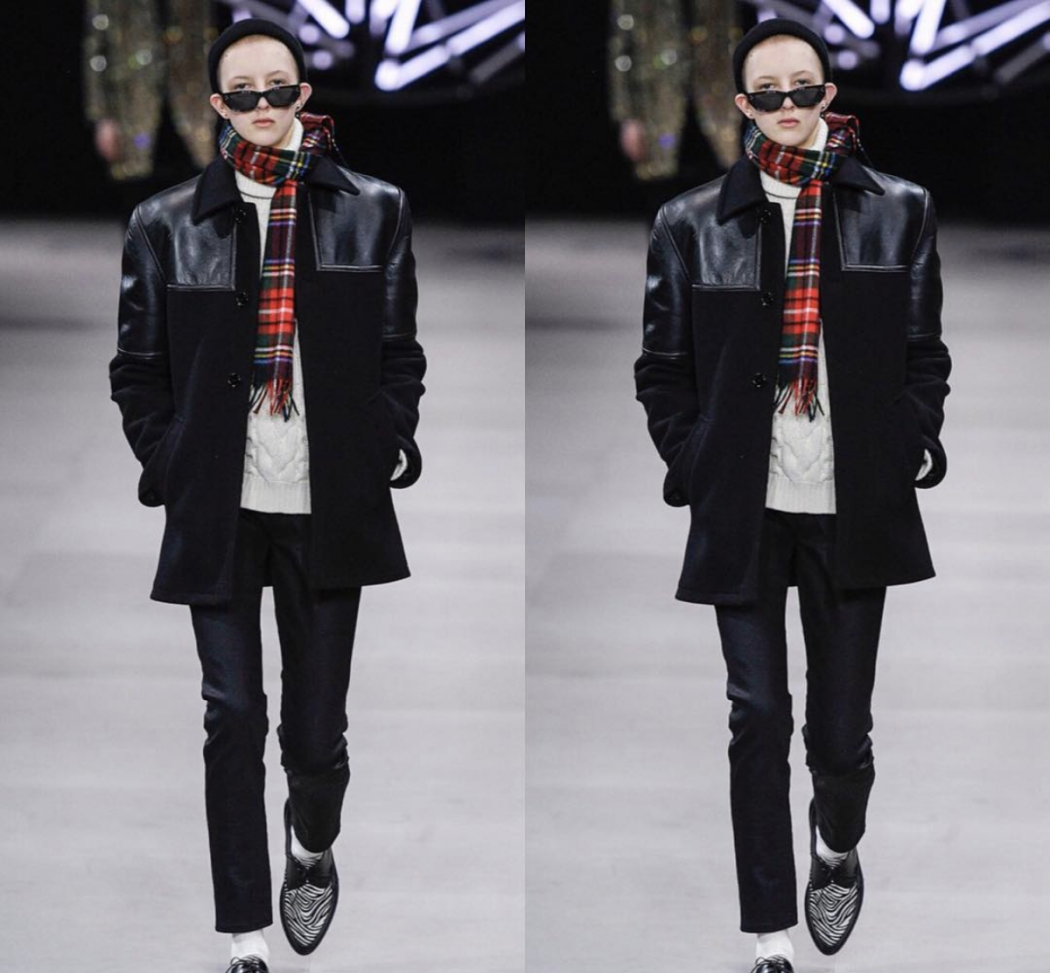 At the Men’s Fall/Winter 2019 fashion shows in Paris, luxury French fashion label Celine didn’t just debut its second collection with new head designer Hedi Slimane, it also debuted the first openly trans man to walk for the brand, Finn Buchanan. Buchanan has walked for brands like Maison Margiela and Schiaparelli, and Out interviewed him about the experience.

In the interview, Buchanan described the experience as “validating,” saying Celine is “a huge, iconic brand, and it’s high fashion.” He also noted the difficulty of booking such a high profile job.

“They have such a unique look and to be told I fit into that was pretty cool, because there are places like London where I never book jobs, because I don’t have the right look for them,” he explains.

“When we were getting changed, I was told to take off my binder, which made me feel polarized from everyone else,” he shares. “But then when we were all just chilling before the show, it felt like everyone was the same.”

Buchanan joins a list of trans people who have been breaking ground in different platforms. Last year, Angela Ponce became the first transgender woman to compete in the Miss Universe pageant and declared: “I don’t need to win Miss Universe. I only need to be here.”

Damien “Phoenix” Montoya, a trans man, also walked for Marco Marco underwear during New York Fashion Week, something that he called an “incredible opportunity.” In our interview with him, Montoya called on other transgender individuals “just to keep pushing.”