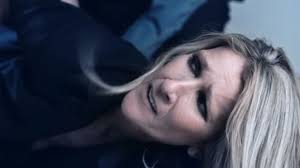 Watch This: Céline Dion Gets “Arrested” in Campaign For Gender Neutral Clothing Line

A video of French-Canadian singer Céline Dion where she is seen getting wrestled to the ground and getting handcuffed by security is making the rounds on social media. She can be heard saying, “It’s okay, it’s okay…. I’m Céline Dion.” To which the female security replied, “Yeah girl, and I’m Beyoncé.”

It was hilarious, and yes, Céline is okay. The video is actually an ad for her newly-launched gender-neutral Célinununu children’s clothing line.

Well, it’s a fashion company built by Céline Dion together with fashion designers Iris Adler and Tali Milchberg. According to its website, Célinununu “unites two forces by one voice: fashion has the power to shape people’s minds. Inspire your children to be free and find their own individuality through clothes.”

Essentially, Célinununu hopes to break the norm through fashion by encouraging people to make choices beyond stereotypes or any norm. Célinununu believes that through fashion there is “equality and freedom of spirit,” that it can serve as a “platform for a new humanistic education.”

But why the emphasis on education?

It’s because bringing educational experience through fashion “builds concepts deep within our minds and changes thought patterns. It can create equality, and grow the emotional intelligence that drives the practice of responsibility, freedom, and flexibility of thought.” The website explained in detail, “This is the education that fashion can instill, based on the concept of equality and respect for mankind.”

Netizens who have reacted to the ad campaign so far described it as “funny” and “incredible.” There was a chorus calling for Céline to act and star in a movie as well while others were asking when her new album is going to be released. Take a look at the ad below and let us know if you would buy this line for your kids below.