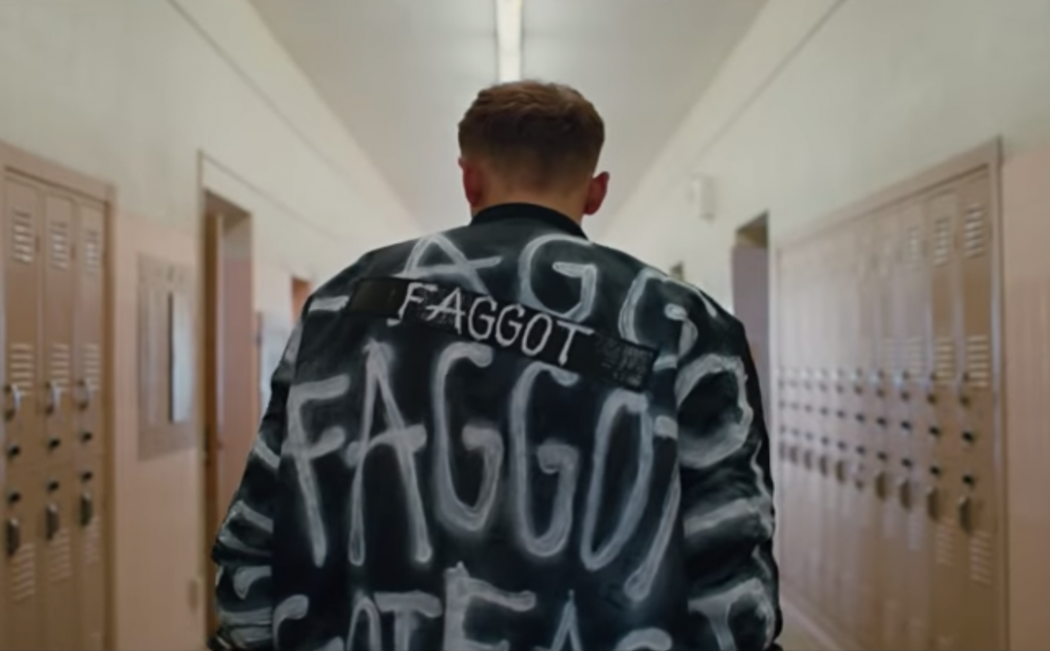 Would you guys wear clothing that had a slur on it?

It’s a debate that’s recently been sparked online as fashion brand Diesel has been getting a lot of criticism for its “Hate Couture” range, specifically for a bomber jacket that has the word “f****t” on its front pocket and all over the back.

“Hate Couture” features pieces covered in offensive and provocative terms and aims to encourage customers to reclaim these offensive words and use them for empowerment instead.

Watch the ad campaign below:

While the campaign started last September, outrage over the fashion range only started picking up recently, with Twitter users calling it “horrendous,” and saying that they are “appalled” by it. See a sampling of the tweets below:

Is @DIESEL drunk? I’m no snowflake but this is horrendous. pic.twitter.com/QQVtifO0MU

Seriously? I don’t need to waste £350 to increase my risk of getting queer bashed, thanks @DIESEL. People experience that for free every single day. Also,  did I miss the memo about the gays reclaiming that word? No, I did not. https://t.co/NbU72ZgYna

What the flying fricken hell is this????? I have the strongest hate for this word and the way it’s thrown around like it’s nothing, and they’ve just gone and put it all over a jacket. It isn’t a positive word that should be plastered all over a jacket. Bold move diesel bold move.

Please tell me this is a joke. I get the message you’re trying to convey but as a gay and a long time customer of Diesel, I’m appalled at this! @DIESEL https://t.co/JGx7BsSv5S

In a response sent to The Independent, Diesel stood by the campaign and said that they seek to “disempower those that create the hate and manifest negativity.”

A media spokesperson for the brand told The Independent: “Diesel strongly feels that bullying is one of the critical issues of our times. Bullying in all forms effects millions worldwide and we are committed to using our platform to raise awareness for this issue.”

The brand also told the newspaper that part of the proceeds from the line go to a charity that protects LGBTQ youth: “We have donated a portion of sales from Hate Couture together with OTB Foundation to the Ali Forney Center (a charity selected by Tommy Dorfman) whose mission is to protect LGBTQ youths from the harms of homelessness and empower them with the tools needed to live independently.”

What do you guys think? Would you wear a jacket that says “f****t”? Share your thoughts with us in the comments section below.