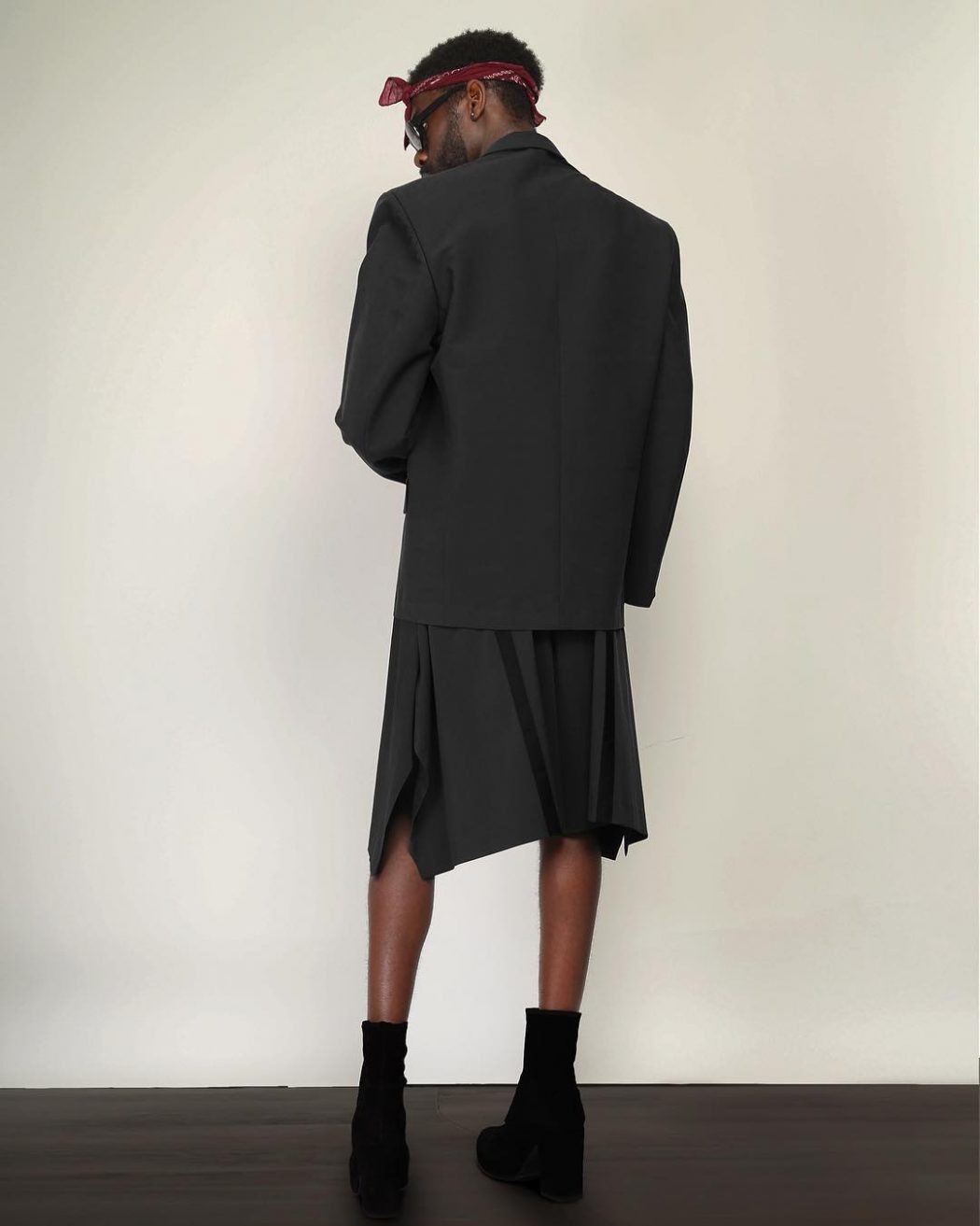 Italian fashion designer Stefano Pilati—former creative director of the fashion house Yves Saint Laurent—is set to launch Random Identities’ first collection on November 7, 2018. According to Pilati, “Random stands for the randomness of existence, and Identities stands as a response to that randomness.”

Simply put, Pilati wishes that with this clothing line, people will be able to “identify themselves not with trends, but with personality, function, quality, and design. But above all, a confidence in integrating new codes indicative of the gender shift we are witnessing.” Meaning, Random Identities is an advocate of “freedom of behavior.” More specifically, freedom to dress however way we want to even if it meant straying away from the prescribed dress code (a skirt on men for example) no matter how unconventional it is viewed by others. Read the entire story here.

What we’ve seen so far of the collection (male models wearing skirts, coats, pants in shades of black, gray, and brown), we love. It is fresh, unique, innovative, and it holds true to its name’s promise not to mention that the idea of Random Identities is quite timely. As Bob Dylan said in one of his songs: the times they are a changin’.

And indeed, time is constantly changing. Today, many young folks out there don’t want to be boxed in one gender and everything that is associated with it. In fact, various studies show that our youth wishes to be able to speak freely and wear clothes they want to wear; but boxed in by gender stereotypes they are unable to act, behave, and do the things they want to do.

How important is it exactly to break gender stereotypes?

Studies show gender stereotypes affect people’s health, their future, and the society as a whole. This was echoed by former US President Barack Obama when he talked about gender stereotyping in the past. In his speech, he reiterated how—if gender stereotyping continues to pervade and a society is unable to break it—that society will not work over the long-term and will not reach its potential.

We are looking ahead toward 2019! What better way to challenge gender stereotypes than by starting to wear what we want.

Don’t forget to watch out for Random Identities’ debut this coming Wednesday as it has a live event streaming from Ssense’s headquarters located in Montréal, Québec. Also, you may visit @randomidentities as well as @adam4adamofficial on Instagram for more fashion inspo.