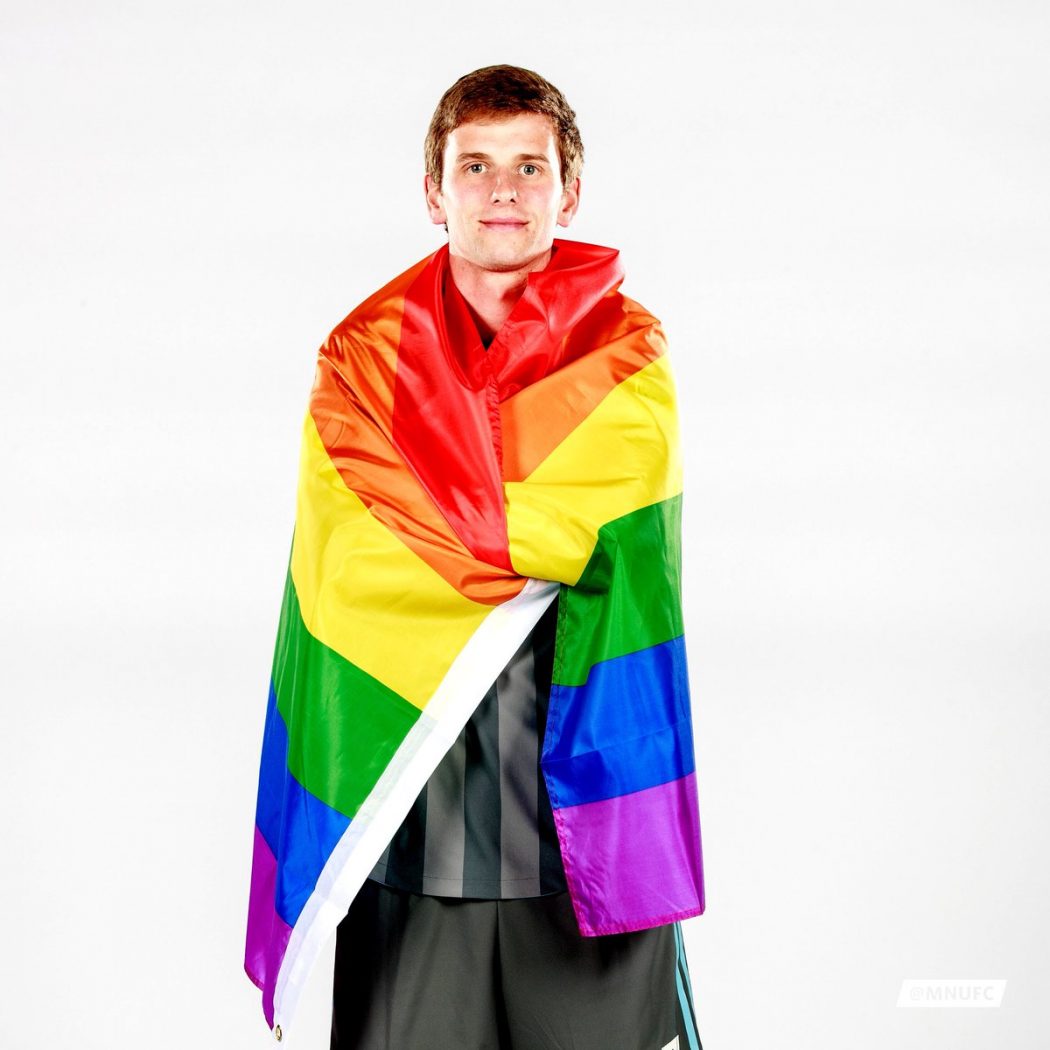 The sports world generally isn’t considered as welcoming of gay individuals, but every year sees strides being made. Just recently, Major League Soccer player Collin Martin publicly came out as gay, making him only the second player to do so.

The Minnesota United midfielder came out via tweet, hours before a Pride night game scheduled against FC Dallas.

Part of Martin’s statement on Twitter reads: “Tonight my team Minnesota United, is having their Pride night. It’s an important night for me — I’ll be announcing for the first time publicly that I am an openly gay player in major League Soccer. I have been out as a gay man for many years to my family and friends, and this includes my teammates…. I’m proud that my entire team and the management of Minnesota United know that I am gay.”

Martin also assured other gay individuals in sport that a community exists that will welcome them should decide to come out, saying: “I want to take this moment to encourage others who play sports professionally or otherwise to have confidence that sport will welcome them wholeheartedly.’

Tonight my team, @MNUFC , is having their Pride night. It’s an important night for me — I’ll be announcing that I am an openly gay player in Major League Soccer.  #soccerforall pic.twitter.com/cOJQXfrBiv

Rogers has also recognized Martin’s coming out on Twitter, saying: “Love this! So so inspiring thank you Colin! Good luck this season, except against the @LAGalaxy”.

Love this! So so inspiring thank you Colin! Good luck this season, except against the @LAGalaxy https://t.co/trkAO9YI2i

Other male sporting figures that are openly gay include Simon Dunn, a member of the Australian Olympic bobsledding team, and college track stars Justin Rabon and Brad Neumann.

Tell us what you think about Martin’s coming out in the comments section below!