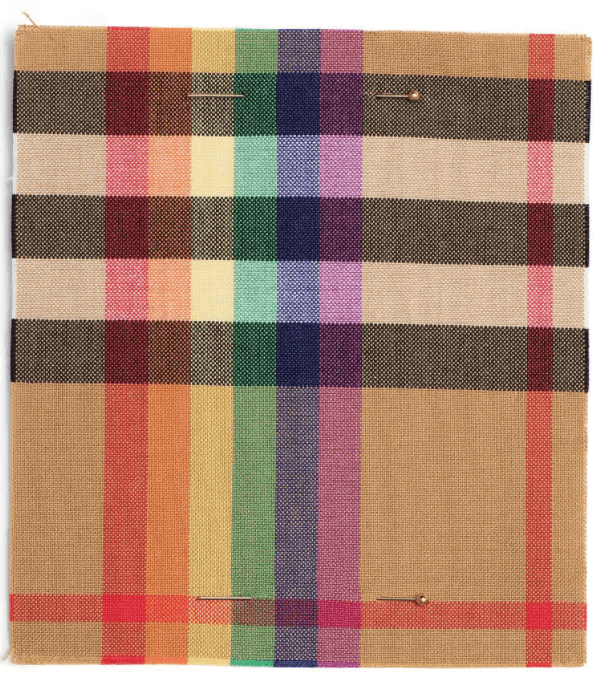 Fashion: Rainbow Will Rule The Runway At Burberry Show

Burberry chief creative office and president Christopher Bailey will be saying goodbye to the iconic British brand in a fabulous way at the London Fashion Week. After working for the brand for 17 years, Bailey is using the fashion house’s Fall 2018 collection to bid farewell while at the same time show his support for the LGBTQ community.

Rather than using Burberry’s iconic brown and black checked pattern, Bailey swapped it for rainbow hues. Additionally, Bailey also dedicated the line to LGBTQ people all over the world.

Bailey first announced the plan on Instagram, posting a photo of the rainbow-line fabric and captioning it with: “There has been a more important time to say that in our diversity lies our strength, and our creativity.”

Today we reveal #TheRainbowcheck and announce that #Burberry is supporting three LGBTQ+ charities, @AlbertKennedyTrust, @ILGAWorld and @TrevorProject, dedicated to broadening support for this community around the world. The rainbow, a symbol of inclusiveness and joy, is celebrated throughout the February 2018 collection . ‘My final collection here at Burberry is dedicated to and in support of – some of the best and brightest organisations supporting LGBTQ+ youth around the world. There has never been a more important time to say that in our diversity lies our strength, and our creativity.’ Christopher Bailey . #BurberryShow #LFW

Bailey’s final line for Burberry is being released in partnership with three LGBTQ charities: the Albert Kennedy Project, the Trevor Project, and ILGA (The International Lesbian, Gay, Bisexual, Trans and Intersex Association).

Bailey is himself an openly gay man who has been in a relationship with British actor Simon Woods since 2009. The pair married in 2012 and have two daughters.

Make sure to check out the show tomorrow February 17th, live on Burberry’s website. Are you guys excited to see what Bailey’s final line for Burberry will look like? Share your thoughts with us in the comments below!