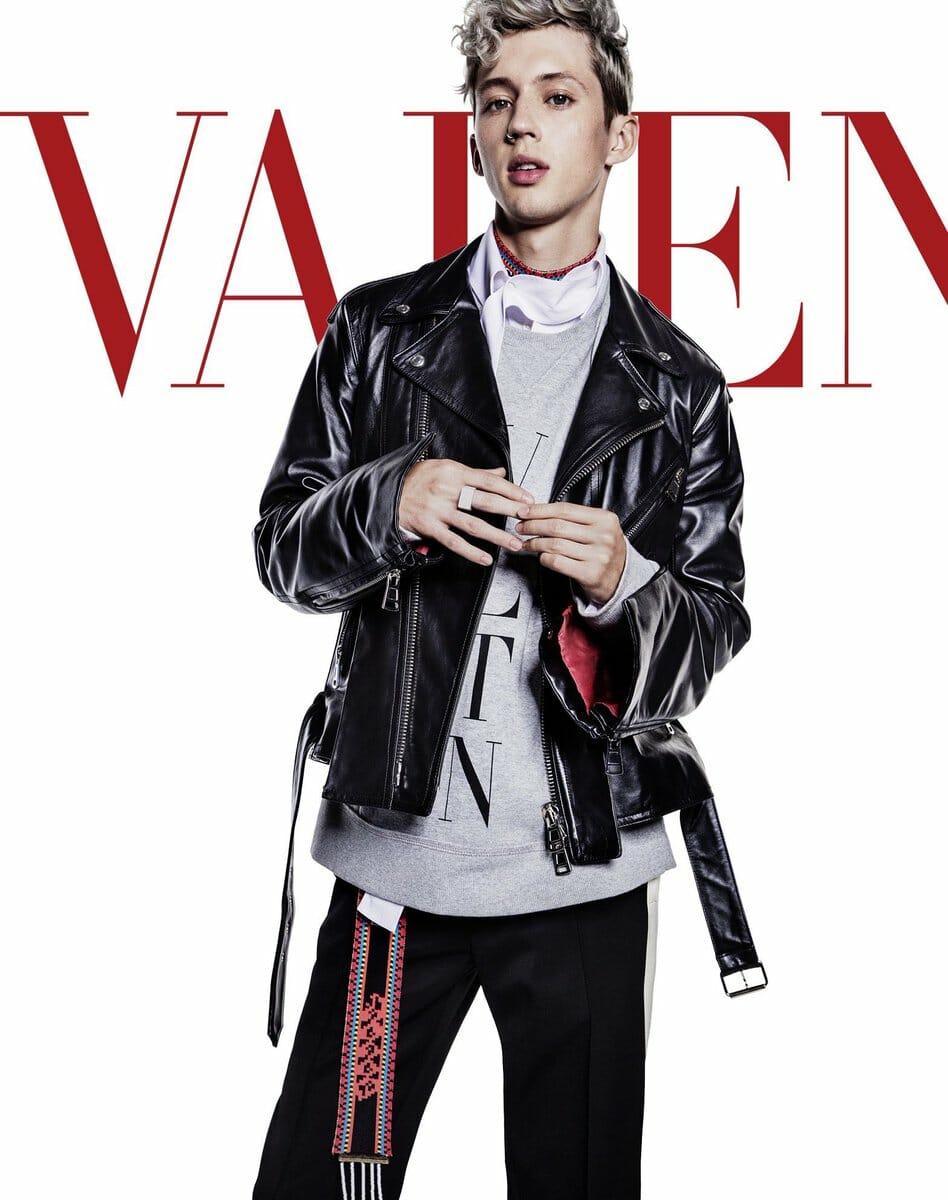 Valentino recently released its menswear collection for the Summer of 2018 in their stores, and the prevailing theme was comfort and crimson, with strong inspiration taken from sportswear. Fronting the summer campaign is actor, musician, and openly gay ex-Youtuber and singer Troye Sivan.

Aside from the inspiration taken from sports, the red Valentino logo was also very prominent, broken only by a pair of white stripes.

Sivan, for his part, was very happy about being the face of this new Valentino campaign, tweeting “GOOD morning! Here to announce….Ur boy is the face of @MaisonValentino Menswear!!!! shot by @inezandvinoodh! 2018 is a rollercoaster. Love you all”

Aside from being the face of this Valentino campaign, Sivan also recently released two songs – “My My My!” and “The Good Side” – from his upcoming album. Sivan previously broke into the music industry with the album “Blue Neighborhood”.

What do you guys think about this new, relaxed summer collection from Valentino? Do you guys approve of Sivan fronting this particular campaign? Share your thoughts with us in the comments section below!