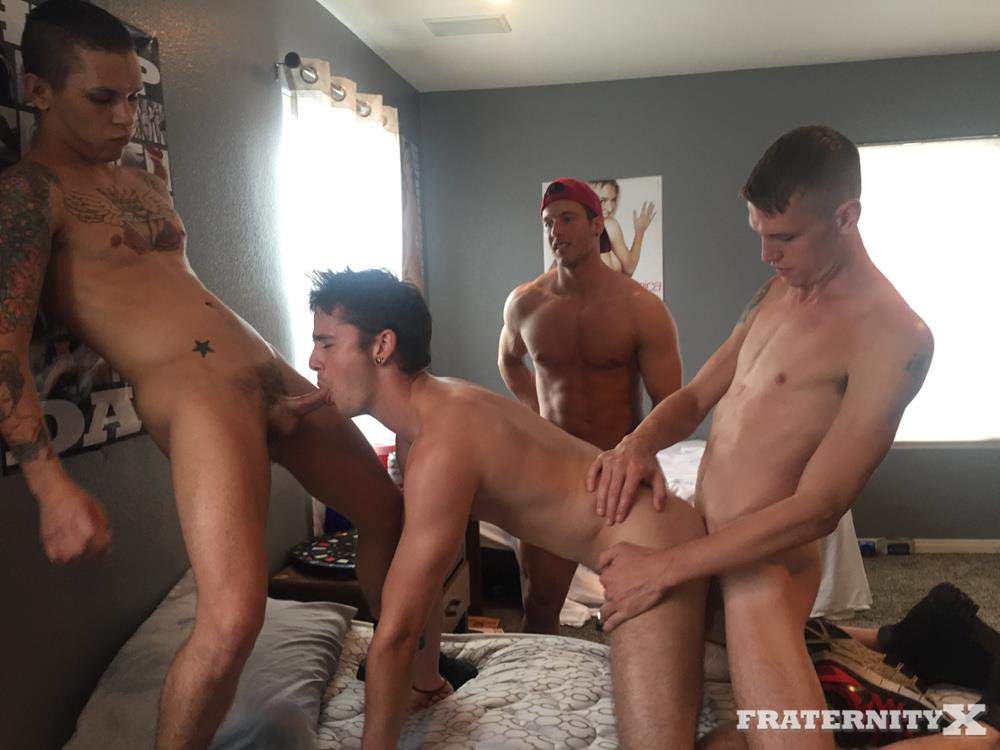 Fantasy: One Night with a Fratman

One night with a fratman, who here hasn’t fantasized about it? After all, fratmen’s got allure of their own. Do you agree?

I blame my fantasies to their fraternity houses. I mean, guys living together—cleaning, cooking, eating, doing their schoolwork and playing video games and partying all night together—their living arrangements do make a good fodder for my overactive imagination. One wonders if there is also a lot of hot man-on-man action going inside their shower rooms. And does their pledging and initiation include blindfolding the pledges while they had their fun with them? Does it include group sex? Maybe!

When I was in college I veered away from dating fratmen on purpose because in my university, frat wars run rampant and I didn’t want to get caught up in drama and in trouble. I am however, friends with some fratmen and while I didn’t care much for their fraternities’ seemingly endless drinking parties per se, they were sweet guys.

What about you, have you ever had a fratman for a boyfriend or a fuck buddy? How was it, being in a relationship and being in bed with them?