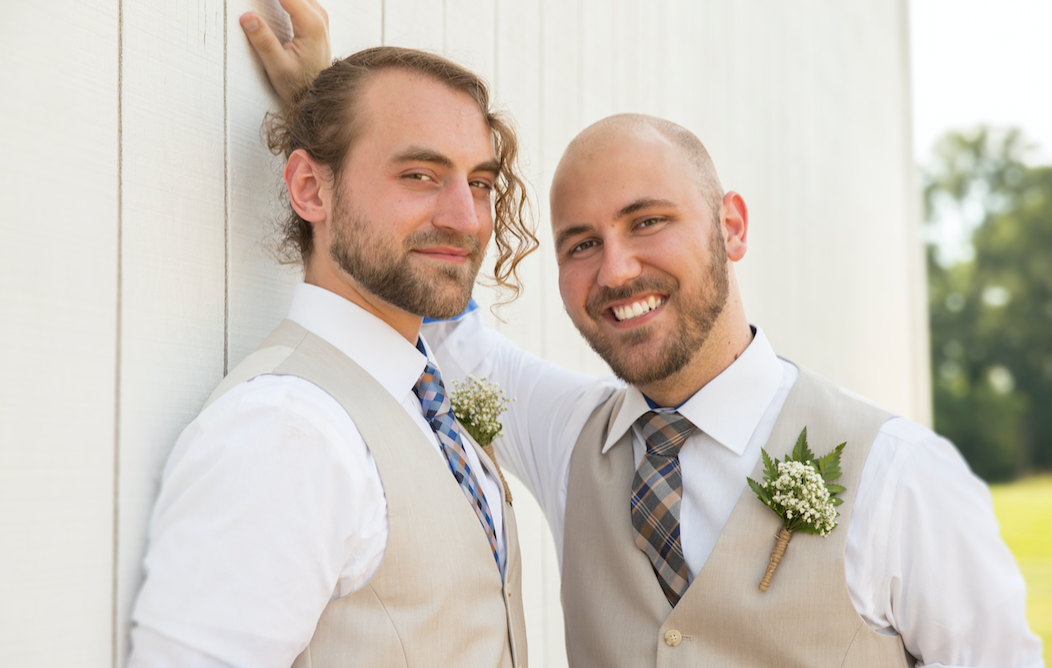 Love : Perseverance Pays, This is The Proof!

More often than not, we gay men use dating apps and websites as sex butlers. They seek and filter men of all shapes and sizes for our viewing (or otherwise) pleasure. And ya know what? They’re good at it.

That’s not all they can do, though. I’m living proof, and below is my story.

A little over six years ago, I was in a pseudo (and quite unfulfilling) relationship that had hit a wall. Seeing the inevitability, I chose to move on and start dating again. Playing the odds, I was on several apps and websites, but Adam4Adam had been my go-to for quite a while and soon enough, it paid off.

After chatting with a long-haired bisexual guy with a strong chin and big smile, I decided to meet up with him for dinner. We arrived at different restaurants by accident, and while I waited, I watched every man of roughly the right age walk in, wondering if that one was him. “Oh god, I hope that one isn’t him. I could see it as him, but the pictures would’ve been misleading.” Twenty minutes of analysis and anxiety followed.

Dan showed up and, in a pleasant twist, he was far better looking in person. After a great conversation on shoes, philosophers, and everything in between, we said goodnight. Looking back, Dan said he was confused and thought I wasn’t into him, seeing as I didn’t end up face first, ass up in his bed that night. He was wrong.

Things started slowly, as he wasn’t out of the closet and I was working through letting go of the previous relationship. This forced us to bond as friends first and I’ve never been more thankful for anything in my life. Nine months later, on June 11th, we made our relationship official. Fast forward nearly four years and we had a beautiful, sexually open relationship that was built on honesty and our immense intellectual bond. Adam4Adam continued to be part of our relationship, as we’d often meet others (or bring them into the bedroom as a third).

Having mentioned the “M” word regularly, we finally saw our opportunity. On June 26th, 2015, the Supreme Court finally legally recognized the life we sought and on that very same day, Dan took a knee and proposed in front of a rainbow-lit White House. The word “magical” has never felt so impotent.

Less than a year later, five years to the day that we began dating, Dan and I were married at a winery overlooking the Chesapeake Bay. Surrounded by friends and family, I had finally persevered enough to find my future. Dan and I have never argued. We have never held resentment. We have never faltered. To describe our relationship in a word, it is perfect.

This journey began because I put a photo on Adam4Adam, wrote some witty headline, and struggled to find the words to describe myself. The process often feels empty, intimidating, or frustrating. I hope now you can see, though, that Adam4Adam opens up as many opportunities as you take and that every now and then, writing that bio line and filling in your stats can pay off in so much more beautiful a way than you might imagine.