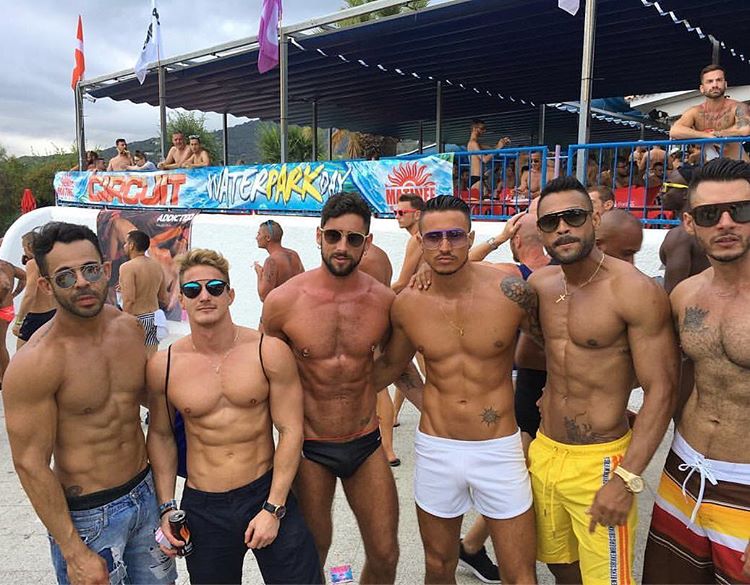 Travel : It Was Raining Men at the Circuit Festival 2016

Ever been to a Circuit Festival?

My eyes bugged out when I saw the pictures of the recently concluded Circuit Festival 2016 in Barcelona (held last August 2 – 14 2016) and Ibiza (held August 19 – 21 2016) in Spain. The men not only had faces and bodies straight out of a magazine, they looked like they were starring for Baywatch, too.

There was literally a sea of attractive men clad scantily. They came in various sizes: barrel-chested, beefy, big, brawny, burly, coltish, built, herculean, strapping, statuesque, taut. Okay, I’m running out of adjectives, you’ve got to see the pictures for yourself.

Do you love hairy men? If you love hairy guys and their happy trails you’re certainly in for a treat. But if you prefer hairless men, well, they were also everywhere as were men in shorts, jock straps, men sporting bulges. You name it, they have it!

The Circuit Festival is indeed a feast for the eyes.

Missed the event and would love to go see these men in person? No problem! Thankfully said Circuit Festival is an annual event and they will hold the next one in 2017 at Maspalomas, another tourist town in Spain.