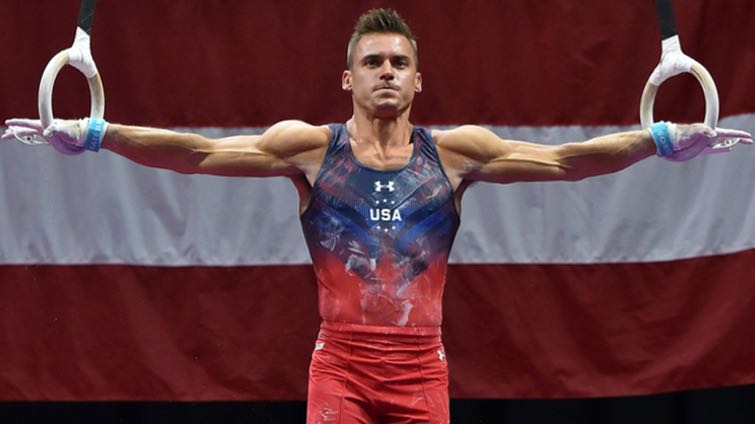 A few days ago, the US Men’s Gymnastics Team was the hot topic on social media when the Wall Street Journal put out an article that laid out the team’s desire to be objectified so as to generate some buzz around their sport.

Talking to the Wall Street Journal, 23-year-old gymnast Sam Mikulak floated the idea of the men’s gymnastics team competing shirtless so as to draw eyes and maybe even potential sponsors to the sport.

“People make fun of us for wearing tights. But if they saw how yoked we are maybe that would make a difference,” he told the newspaper.

The desire to court sponsors stems from the fact that despite the team’s bronze medal win in the 2008 Olympics and Jonathan Horton’s silver medal for his performance on the high bar in the same Olympics, they haven’t reached even a fraction of the popularity and the money that the US Women’s Gymnastics Team enjoys.

It’s certainly sound advice, but it wouldn’t be as fun, especially as it would deprive us of the chance to ogle the sculpted bods of the men’s team, a sampling of which we’ve collected below.

– The 23-year-old is a seven-time NCAA champion in gymnastics, winning the all-around title in 2011, 2013, and 2014. His stint in Rio is his second time competing in the Olympics, as he was also part of the team during the 2012 London Olympics. The team placed fifth during their finals in 2012, and Mikulak also placed fifth during his vault final.

– Another alumni of the 2012 London Olympics, the 24-year-old was the United States National Vault champion in 2009 and 2011, as well as the Floor Champion in 2011 and the All-Around Gold medalist of the Winter Cup Challenge, also in 2011. Dalton also signed a multi-year sponsorship agreement with Adidas Gymnastics in 2013.

– This is the 25-year-old’s first Olympics, although he has been a part of the United States’ men’s national team for the 2013, 2014, and 2015 World Championships. His forte is the pommel horse, where he’s a four-time national champion in pommel horse and a two-time World finalist.

– The 29-year-old is also experiencing his first Olympics in Rio, although he has been a decorated veteran in many other competitions. He’s won a total of seven gold medals in various competitions over the years, and is currently the captain of the men’s team.

– The 24-year-old Cuban-American was added to the team after Joh Orozco had to bow out due to an ACL injury. Like his teammate Jake Dalton, Leyva also has a multi-year sponsorship agreement with Adidas Gymnastics, He was also part of the 2012 Olympic team, and managed to net a bronze medal in the individual all-around at the Olympics.