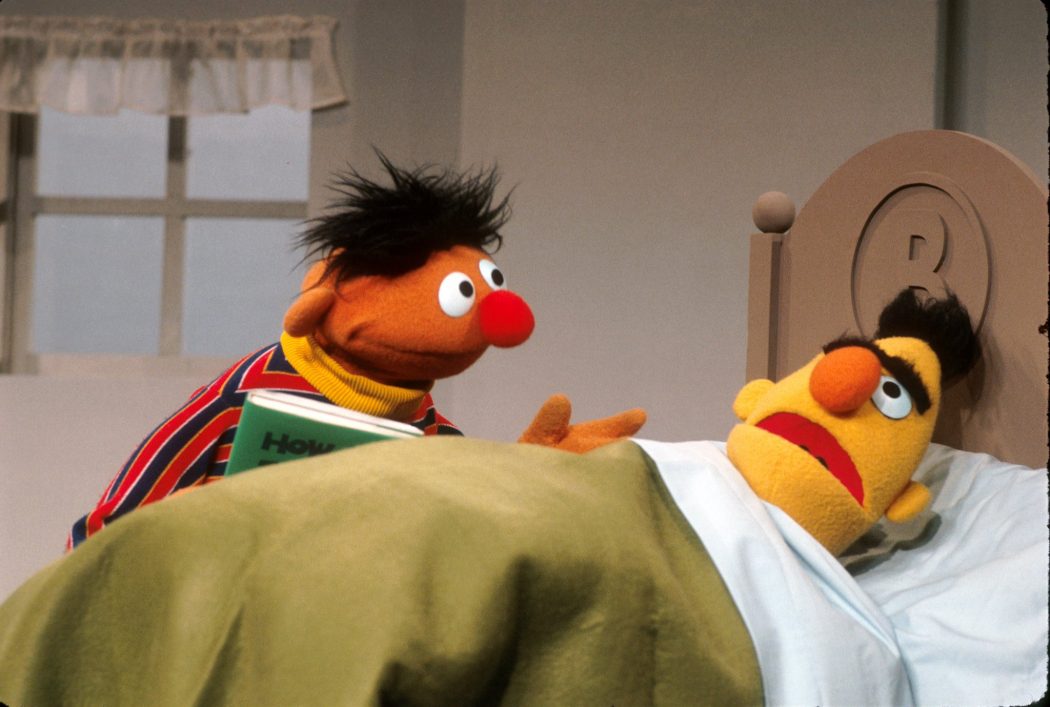 TV: Writer Says Bert and Ernie Are a Couple

The relationship between Sesame Street’s Bert and Ernie have always been an easy target for comedians, but now it appears that those jokes may not have been so far removed from the truth.

The revelation comes from Queerty‘s interview with Mark Saltzman. Saltzman is a writer who has spent 15 years with The Muppets, as well as writing scripts and songs for Sesame Street. In the Queerty interview, the Emmy-winning writer reveals that he never knew how to write Bert and Ernie as anything else other than a couple.

“I remember one time that a column from The San Francisco Chronicle, a preschooler in the city turned to mom and asked ‘are Bert & Ernie lovers?’ And that, coming from a preschooler was fun,” he recalls. “And that got passed around, and everyone had their chuckle and went back to it. And I always felt that without a huge agenda, when I was writing Bert & Ernie, they were. I didn’t have any other way to contextualize them.”

Saltzman is himself gay, and was in a relationship with acclaimed editor Arnold Glassman until Glassman’s death in 2003. Glassman has edited films like Frailty and The Celluloid Closet. In fact, Saltzman even says that aspects of his relationship often showed up in Bert and Ernie’s.

Aside from writing Bert and Ernie as a couple, Saltzman also talked about working with other gay members of the Sesame Street crew, namely Richard Hunt and Kevin Clash. He also shared fanboy moments with jazz musician Dizzy Gillespie and the legendary Patti Labelle.

What do you guys think about these new revelations about Bert and Ernie? Share your thoughts with us in the comments section below.