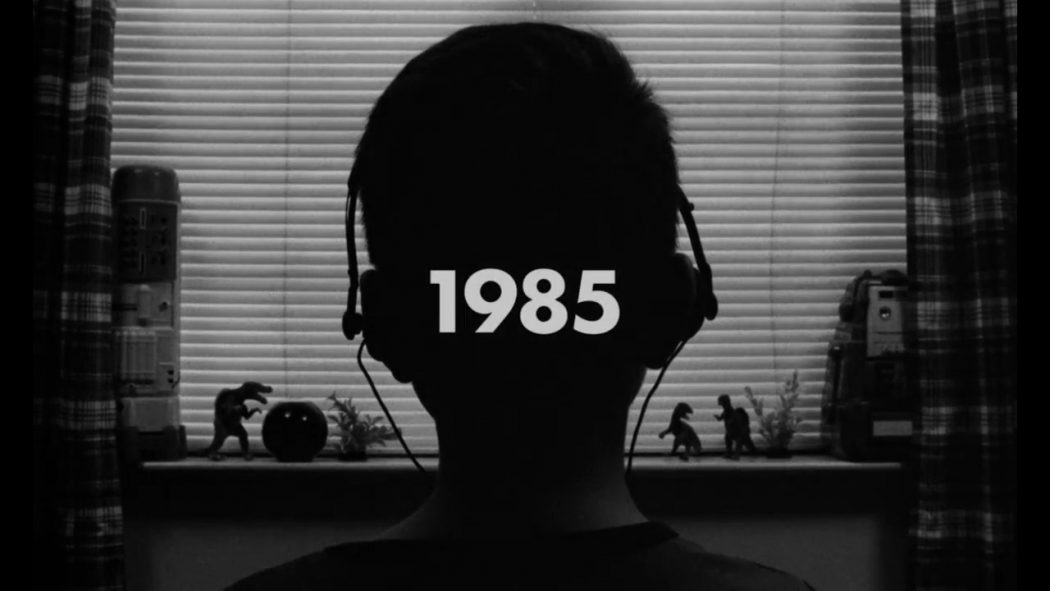 The film 1985 (2018, Yen Tan), tells the story of a young, closeted gay man in his 20s named Adrian (Cory Michael Smith, Gotham), who is returning to his conservative family in Texas for Christmas. Adrian hasn’t been home for three years with reason, presumably his secret that he didn’t want to share with his family, but now he comes back with more secrets than he had initially left home with.

This film, shot in black-and-white, is set in the year 1985 during the height of the AIDS crisis. And, in the trailer shown below, Adrian can be seen crying as he tells his old friend (or maybe old flame?) Carly (Jamie Chung, The Gifted) that he had lost so many friends. How in that year alone, he had been into six funerals.

Watch out for 1985‘s limited theatrical release this fall, it is scheduled on October 26 in NYC and Los Angeles first and then in other cities. It’s been shown in various film festivals this year and it earned rave reviews; so far 1985 has been described as “incredibly moving,” “haunting,” and “heartbreaking” to name a few.

Also, please don’t forget to download the new Adam4Adam Radar app from Google Play for Android and from iTunes Store for iOS, guys! Thanks!