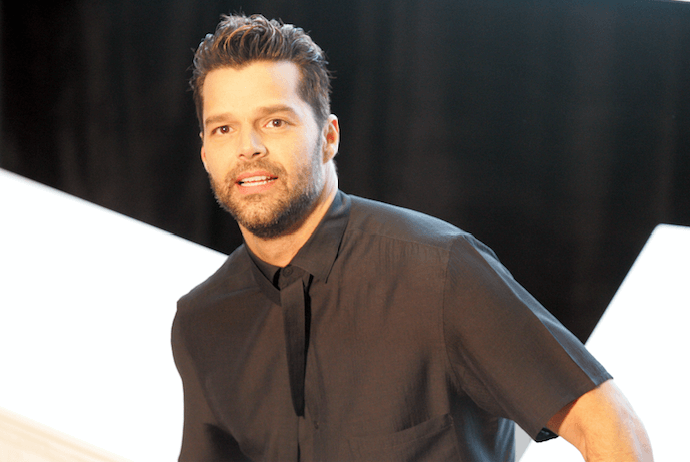 Speaking with Vulture about FX’s television series titled The Assassination of Gianni Versace: American Crime Story, Ricky Martin said he met with Antonio D’Amico twice—the person he was portraying in the show—in order to prepare himself for the role.

The TV show by the way, is currently being aired every Wednesday at 10 p.m. on FX. It examines the tragic story of the world-renowned Italian fashion designer Gianni Versace and the events leading to his murder in 1997. D’Amico, Versace’s partner, was the one who found the designer’s body outside his Miami Beach mansion “lying on the steps with blood around him.”

Martin explained he simply wanted to do D’Amico’s love for Gianni Versace justice. And, in order for him to do that, he had to have an insight about the couple’s relationship which was, as it turned out, an open one. “I’m talking about bringing men into our lives. I’m talking about bringing escorts,” he said of his role. The character he was portraying was “very heavy” but the insight he gained from his meetings with D’Amico helped him show the level of commitment the couple had during the course of their 15-year relationship. “The level of security between them and trust between them is so solid.”

Further, Martin said, “We want to normalize another kind of reality for open relationships. And that’s what we’re doing.” For more information about the TV show The Assassination of Gianni Versace: American Crime Story, click here.

In 2016, a study conducted in Australia revealed that majority or 32% out of their 2886 gay and bisexual respondents were in open relationships while 31% said they were in a monogamous relationship. The study further showed that 14% of their respondents were not having sex at all while others were only having casual sex (23%).

Thoughts? Sound off in the comments section below.