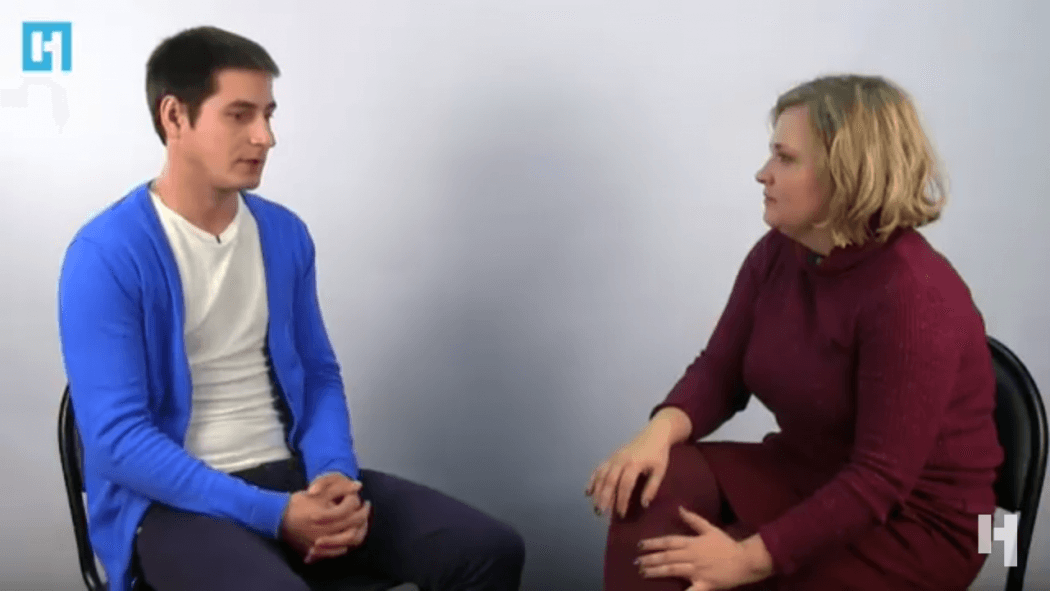 For the first time since reports on ‘gay purge’ in Chechnya had surfaced, one of the victims—a man named Maxim Lapunov—had agreed to come forward and speak in front of the camera about his personal ordeal.

Mr. Lapunov, 30, described how he was held for 12 days in a “blood-soaked cell” beaten with sticks, and forced to name other gay men. “They burst in every 10 or 15 minutes shouting that I was gay and they would kill me,” he said in front of a small crowd of human rights activists in a Moscow convention.

“Then they beat me with a stick for a long time: in the legs, ribs, buttocks and back. When I started to fall, they pulled me up and carried on,” Mr. Lapunov added.

“Every day they assured me they would kill me, and told me how.” The reason they gave him for torturing him, Mr. Lapunov said, was that he was a “Russian who came to Chechnya and ‘spoiled’ Chechens.”

Mr. Lapunov is the first to make a public statement such as this one—with his face and name known to everyone—because the other Chechen LGBT victims were afraid of the grave repercussions their family might face should they speak out.

The importance of his coming forward was underscored by the activists. “The authorities’ excuse was that no victims had made statements,” said Tanya Lokshina of Human Rights Watch. “Now they have one, but there’s no investigation. There is a lack of political will.”

Mr. Lapunov was originally from Siberia who reportedly moved to Chechnya. He had been staying there and working for two years when, on March 16, 2017, he was allegedly abducted by “two men he didn’t know.”

Unfortunately, ‘gay purge’ seems to have become the norm in other countries as well. There have been massive arrests of gay and transgender people in countries such as Indonesia, Azerbaijan, Nigeria, Tanzania (in Zanzibar), and Egypt this year.