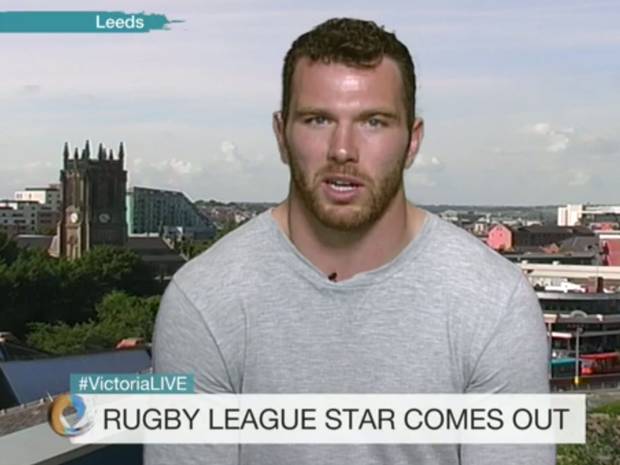 Keegan Hirst is the first British rugby league player to come out as gay. He says the time had come “to be true to myself”.
The Batley Bulldogs captain, who is separated from his wife, said he only recently came to accept he was gay when his marriage broke down. The father-of-two told the BBC’s Victoria Derbyshire show: “I suppose there’s been feelings there for a while but I was convinced it would go away”. He also said “I just thought it was a phase – it was inconceivable for me to think that I could be gay.”

Congratulations Keegan and hit me up on A4A and let’s get married and have kids! lol

Watch the video after the jump!